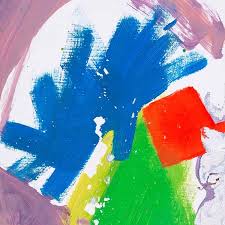 The highly anticipated sophomore album of indie rockers alt-J is finally here. The release date of the thirteen-track disc marks the day that hipsters around the world eagerly await a neatly packaged double LP on their doorsteps. The album was pre-released on iTunes for streaming, and was also playable in certain countries in the This is All Yours app that the band produced. The app included a GPS feature that directed you to the nearest hotspot to listen to the album in your particular city.

The pre-streams aren’t the first glimpse we have gotten at the album though, they have periodically released singles from this album, including “Hunger of the Pine”, “Left Hand Free”, and most recently, “Every Other Freckle”. While these songs do not serve as the best representatives of the album’s sound as a whole, they do showcase alt-J’s newfound flexibility. “Left Hand Free” and parts of “Every Other Freckle” are reminiscent of the band’s original sound, with some upgrades to the quality of the production. In contrast, “Hunger of the Pine”, explores uncharted territory for the band. The track combines a refreshed sense of syncopation with a new found electronic sound and even a sample from Miley Cyrus’ “4×4”.

The layout of this album is all too familiar. The album starts with a track called “Intro”, is broken up with interludes, features a hidden song at the end, and even has the appearance of a track titled “Bloodflood Pt. 2”. I think that this pattern repetition would bother me if they weren’t so successful in their first arrangement. Their first album had just the right ebb and flow, and This is All Yours follows comfortably in its footsteps. That being said, because they have grown their sound, part of me wishes that their format would progress along with it.

The growth in their sound is heard all throughout the album. I wouldn’t call it a departure from what they have accomplished; it’s more of an evolution. alt-J showed us in their first album that they could play feel good indie rock but also slow it down for some deeper, slower tracks. In this album, the band has begun exploring something in-between. Tracks like “Choice Kingdom” and “Hunger of the Pine” showcase this divide between the two contrasting sounds.

I think that “Left Hand Free” steals the show on the album. As much as I appreciate alt-J’s sophisticated sound, Left Hand is pretty much accessible to any listener. This song has been getting major play on alternative radio stations, and is even making fleeting appearances on Top100 radio channels as well. The songs southern rock sound makes it a total jam, and an overall win for the band.

If you are already an alt-J fan, you will love this album. If you aren’t already a fan, you are about to be.