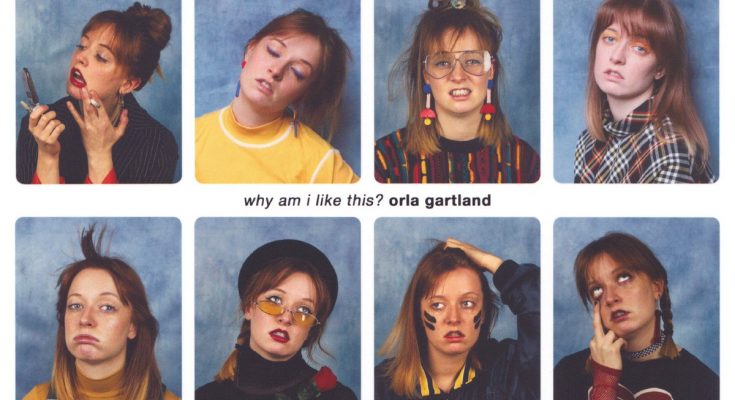 “Flatline” is a snappy, smart pop song from singer-songwriter Orla Gartland. Released two weeks ago to promote her upcoming EP “Why Am I Like This?” (release date: May 24, 2019), the Irish artist’s latest single is an instant earworm. Her bouncy vocals add a youthful, fluid vibe to the track without coming across as totally carefree–a detail which gives it a compelling edge. Indeed, “Flatline” centers on conflict. In an interview with Essentially Pop, Gartland defined “Flatline” as “a song about giving everything to a friendship and getting nothing back.” The song’s strength comes from Gartland’s lyrical and vocal execution of such an internal conflict.

From “And I give my love, but it’s not enough / And this feels like a waste of time,” it’s clear that Gartland’s subject is aware that the relationship isn’t sustainable. But rather than confront the other person, she sings, “We stand in long lines waitin’ for a ticket / To see paradise for just one minute” and “in the half-light we were glorious.” Even if their good moments only amount to a one-minute paradise, she finds enough value in those times to justify staying. The nuance raises “Flatline” above other break-up songs because it realizes a truth others don’t: before breaking it off with a friend, one has to first arrive at that decision. “Flatline” is the rare pre-break-up song.

And it would be unfair to review “Flatline” without commenting on Gartland’s vocal work. She has a beautiful voice. Even while vocalizing in the chorus (“Ooh-ooh-ooh-ooh, oh”), the singer’s soprano is sweet and full-voweled. Her voice carries the listener with an effortless quality–so effortless that “Flatline” remains an irresistible earworm without focusing on its lyrical meaning. The swooping, high-low technique with which Gartland opens works particularly well in compliment to the song’s drum work. There’s anechoic quality to it that just enthralls.

If there’s any weakness to “Flatline,” it lies in the instrumentals. While relying on her accomplished lyrics and voice, Gartland neglects to experiment with these backing elements. Not that the production quality is poor; there just isn’t much to differentiate “Flatline’s” instrumentals from any other pop song. Fans can hope that the soon-to-be-released EP “Why Am I Like This?” may contain some more daring tracks.

Nonetheless, “Flatline” deserves a place in everyone’s Spotify rotation. It has fresh, radio-ready energy to it that falls nothing short of captivating. With luck, the rest of “Why Am I Like This?” will equally enrapture.