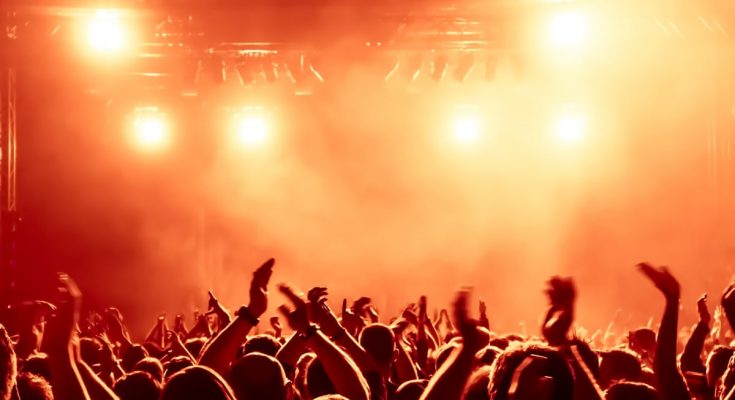 You know COVID-19; it has completely altered how we live our lives. Musicians have become even more creative about how to connect with fans. Many have held virtual concerts or live streams, ranging from a couple of bucks to free of cost. Others stuck to the regularly scheduled program of Tiny Desk concerts and KEXP gigs but at home. I decided to compile some of my favorites from this past year. If you are bored at home, then this will be a perfect way to spend your time rather than scrolling through TikTok mindlessly for the fifth time today. Here is to lifting your spirits!

Need some more of Prince in your life? KeiyaA opens the set with her laidback version of “Do Yourself a Favor.” Moving through the set with samples, just like she does on her debut album, she takes a moment to showcase some of her favorite writings by Black women who have deeply inspired her person and her work. KeiyaA highlights how Jayne Cortez and Ntozake Shange unabashedly speak their truths, which really comes through in her own masterpiece that is Forever, Ya Girl, where she dives into her experiences and beliefs so authentically. KeiyaA has such beautiful and breathtaking vocals that are so soothing while at the same time, she delivers lines about the harsh realities she has faced and currently faces. It is a shame how short this set is; she is remarkable!

If you are looking for a band with some groovy and jangling riffs, look no further. The Nude Party has that covered. After releasing the lively Midnight Manor this past October, the band put together a New Year’s Eve show called “Nude Years Eve.” It was an incredibly entertaining set with fun songs to take your mind off of the state of the world, and they threw in some jokes here and there, even ending it with a hilarious rendition of “Walking on Sunshine.” This song really captures their ability to harness the essence of old-school rock and roll and spin it with a fresh take. Until they release the glory that is their entire Nude Years Eve show, this clip will have to suffice.

A sensation for her song “Motion Sickness” and garnering four Grammy nominations after the release of her second album, Punisher, Phoebe Bridgers is an artist you need to listen to if you do not already. Although this is the longest performance on this list, it is a must-see. Her set mostly consists of songs from her latest release, but there are a couple from Stranger in the Alps and one from her boygenius days with Julien Baker and Lucy Dacus. There is some humor dispersed throughout, so it looks like she appeared on Saturday Night Live two times this past year, except this time it was actually funny. Once you are finished streaming this set, get yourself a metal Phoebe Bridgers shirt so you can match the bass drum head.

Lighthearted and high spirited, this set will make you feel like you are reliving past summers. You are kept on your toes with the call and response, unique vocals, and off-kilter instrumentation. Dehd does not need a live audience; bassist Emily Kempf can cheer herself and her bandmates on without a problem as she does once “Loner” ends. That being said, I have always enjoyed their live performances because the band has such a good feel for each other’s presence and plays off of each other well. This set demonstrates some of that and also how they can also be in their own worlds at the same time. Dehd’s energy will make you want to get up and dance.

NNAMDÏ delivered with BRAT last April. He knows how to maneuver through his vocals, switching from speaking and singing, changing the pace of delivery, and fluctuating between higher and lower pitches. “Flowers To My Demons” is an excellent example of his mastery. There is a nice buildup within the song too. It starts off with an infectious riff that NNAMDÏ loops with him really zoning in to dominate with his vocals. As time progresses, the band members come in, elevating the song even more than you could think was possible. The song was beautifully crafted, and this performance is a testament to the genius that is NNAMDÏ.

White Reaper topped the alternative charts with their single “Might Be Right” in February of last year. Unlike other bands that are right next to each other for their live performances, White Reaper demonstrates some loose social distancing with a green screen, playing another one of their singles off of their 2019 release of You Deserve Love. No worries if you can’t travel during this pandemic; you can live vicariously through this video by traveling under the sea and blasting off into space. There is no limit to special effects anymore. This song feels so familiar, and it is not just because I have listened to it a bunch of times but because the band knows how to make a feel-good, power pop song.

The Wiggles cover Tame Impala ‘Elephant’ for Like A Version

Okay, I know what you are thinking, but this is such a good cover. The Wiggles make the song funkier than the original and put a tasteful spin on it by infusing it with their smashing hit, “Fruit Salad.” There are so many aspects of this song that make me laugh, and I think we all need that during this time. You can tell that the Wiggles are having fun with it too, which really puts a smile on your face.