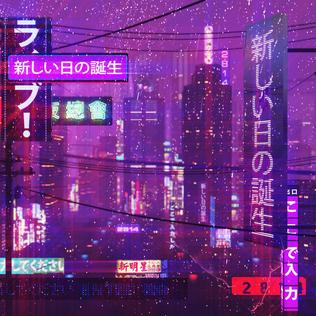 The Internet is often fantasized to work much like the animal caverns of rodents. Rabbits and rats who burrow deep holes, shaping spirals and forks into the earthen depths, hiding from a brutal surface world– these are the imagined denizens of the Internet’s most private forums. The works of these denizens are undeniably “underground”, as the term comes with the territory, but they are no dingy, rustic approximations of what the surface may build. They are unique and personal forms which reenact the elements found where the pathways constrict into a perfectly rabbit-shaped hole. There are lush artforms in the depths of the Internet, and occasionally, someone falls down the rabbit hole to discover unfamiliar beauty.

“Unfamiliar beauty” is a theme I would like to touch on with this look into the classic 2015 vaporwave album Birth of a New Day, the title of which is often rendered in Japanese as 新しい日の誕生. There is no hiding the fondness vaporwave projects have for the exotic, particularly East Asian, and this record by dreampunk duo 2814 is exemplary in exploring the theme of exoticism.

Something one must understand is that there is no geography in vaporwave, no place of origin in the real world, and no landmarks within the music itself. The sound and aesthetic of vaporwave was born by anonymous Internet denizens; complete strangers who were conjoined by a familiar medium of communication and a fascination for the melancholy of nostalgia. As a result, a consistent element among vaporwave works is endlessness, a theme which mirrors the fantasy of the Internet and the memory of the past. With the concepts of endlessness and unplaceable origin, exoticism evolves from the fetishizing of a foreign place and culture into the fetishizing of the generally distant and unknown. In this way, Birth of a New Day incorporates Japanese in its name and album art, Cantonese from a sampled Hong Kong movie, and footage of Beijing in its 2016 music video. The project is vague, foreign, and unknowable– this is a fundamental truth listeners must accept before venturing into the unfamiliar beauty of 新しい日の誕生.

The album opens with a feminine voice whispering just beneath a dreamy piano riff which reverberates out so long that notes cascade over each other and pour into the mind. It becomes easy to meditate as the riff is repeated again and again until it suddenly stops, dropping the listener into a void where only echoes of tranquility remain. Then, like a splash of water, a croaking bass ushers in a low-fidelity cymbal which resonates quickly from ear to ear, bouncing off the walls of the rabbit hole. An excited whistling breaks through the dirt, suggesting an adventure has just begun. This is the opening track, “恢复” (“Restore”). As the established theme is vagueness, the imagined scenery is up to personal interpretation. In it I imagine that a passenger on a train coming from a distant world steps into a wonderful, labyrinthine city for the first time and experiences the rush of an entirely new environment, one with new opportunities and luxuries to indulge in.

The album moves into the next track, “遠くの愛好家” (“Distant Lovers”), without stopping, engaging in the cityscape fantasy with the incorporation of a subway train groaning to a stop. An articulated voice pops to life overhead. Quiet, hazy synths repeat a simple arrangement while a skipping sound of automated doors buzzes. A crowd can be heard behind the music before a soaring synth howls in tone which suggests desire. The track closes after some meditation with the subway train departing and hazy synths going silent. This is a place in the story sometime after the first track where the first figure has fallen into rhythm with the city, but has not had time yet to know much beyond a simple routine. During this routine, the figure encounters someone who ignites a passion in them and seeks their company after they part ways.

The next track, “新宿ゴールデン街” (“Shinjuku Golden Gai”), is a moment in the album where imagery is unaided by the peppering of sounds from the landscape and is instead only guided into rumination with unplaceable moans in a lapse of geography. This is a track one may become lost in, much like the Japanese red light district the title references. At this point in the story, the figure has found the company of their lover in the bed of a nameless hotel room.

Following this are the tracks “ふわっと” (“Drifting”) and “悲哀” (“Sorrow”). In the first, distant rain and a throaty, echoing buzz swell to bring the sense of dissociation as a dreary piano riff massages an undercurrent of sadness. In the second, a gated, uneven drum fill moves beneath a swirling, swaying synth while a distant siren spins around the soundscape. The two tracks glimpse not into the city but into the minds of its inhabitants. These are people who have been rung out by their landscape and the strangers they share it with, and the figure has been similarly tested by their lover. The excitement of a new city and a new passion has dulled, and the reality of the place is coming in waves, leading the figure through their trodden routine with a renewed sense of cynicism.

Next is a turn in this tone in the following track “真実の恋” (“True Love”). This is a bright, bittersweet track with twinkling synths reminiscent of a final, celebratory anthem of a video game from the Nintendo 64 era. As for an interpretation of story, I am split, and I will confess that this is a track I think could have been scrapped in the final draft. I think this could be a reconnection between the figure and the lover, a renewal of passion after some time spent apart or a reaching out after the two have matured and come to understand how to love one another better. Alternatively, I have come to this point in the album and concluded that the titular true love was the city itself, the avenues which it has provided, and the excitement its unexplored depths still contain. The latter is my preferred interpretation as I believe it mirrors the origins of vaporwave; strangers who adore the Internet meeting virtually to share their passions, not lovers coming to celebrate their passion for one another. To me this album is lonely and desolate but a prime example of the kind of beautiful thing one would find in the graffiti of an unknown city. All in all, something about this track does not sit well with my ears and resides in a strange juncture of the album, as it feels like it was plugged in without much consideration to the overall listening experience.

The penultimate track, “テレパシー” (“Telepathy”), seems to want to transcend the city altogether as it echoes an endlessly rising angelic chorus, joined with sounds like cartoon rocket ships. It peters out around the 8:40 mark and a quiet reverberation is left behind in a void much like the initial track. Then, continuing from the same Cantonese sample used at the very onset of the album, a man and woman can be heard speaking, in which only the man’s voice is intelligible: “Why can’t it be like it was before? Please don’t go, stay with me tonight. Let me borrow you. Do you remember? You once asked me if there was anything I wouldn’t lend. I’ve given it a lot of thought, and now I know there is one thing I’ll never lend to anyone.”

The final track flashes loudly from the quiet monologue. A high, warbling synth shimmers, stunning the senses. Then, soft paddling can be heard, like a creek trickling downstream. Faint calls of nature are discernable while shakers keep a vibrant tempo. The soundscape is suddenly serene and natural, as if we have been whisked up and away from the city and dropped into a lush forest. Then, after some by the water meditation, the synths disintegrate slowly, bringing forth the shakers and far away discordant whines. Then the shakers and whines die down too, and what’s left is a plush ringing and the sounds of nature. And then they fade out, and what’s left is silence.

For the sake of the story that I have been maintaining throughout this review of Birth of a New Day, I believe this would be considered an open ending, but I will continue in my interpretation. The figure fell out of love with the city, disillusioned after meeting with the lover once more. The figure realizes the city felt nothing for them and would never return the affection. I argue this as it once again mirrors the relationship the Internet has had with vaporwave; there are more detractors than admirers and the mainstream reduces the artform to sample-happy lo-fi, showing no respect for the culture or messages found in the artwork. 2814 member HKE was quoted in a Rolling Stones interview as saying “We wanted to show how the whole vaporwave vibe could be made as original music rather than just relying on the same muzak and kitsch-pop samples everyone else had been using for years.” It was apparent to the producers that vaporwave, while beloved to some, was altogether discredited by the public for certain aspects of its early production styles. The goal in producing this album was a response to an environment which has treated one unfairly and, as a result, developed a more mature, personal sound. The story in the album itself is a personal one told in an abstracted, vague landscape so as to allow for blanket relatability and interpretation.

There is no geography on the Internet, but there are people who live there, create there, and plaster the walls with their passions and pursuits. Their works are varied and unique, and some seek to only appeal to those they created it with. Vaporwave, dreampunk, Birth of a New Day— they are the amorphous love letters written to and from the Internet. 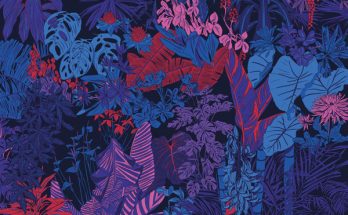 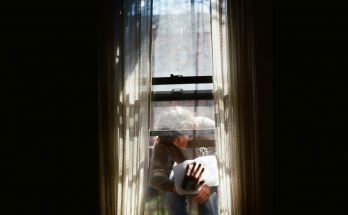