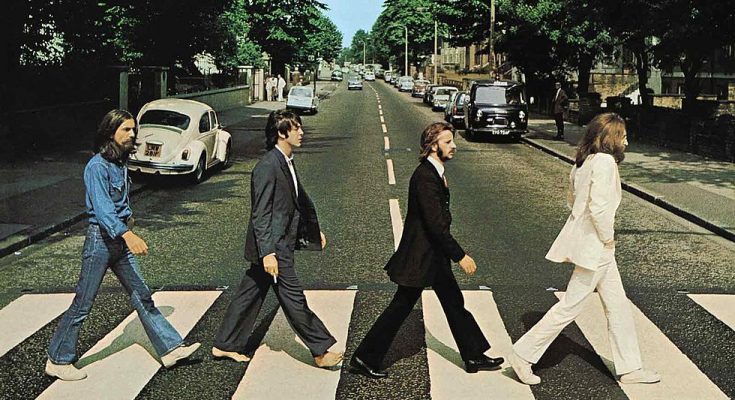 On September 26th, 1969, The Beatles released their eleventh studio album Abbey Road, which would become the last album they produced as a whole. Towards the end of the recording, their time as a band had come to a close, with both Paul and John leaving the band within the following year. The album spent several weeks at the number one place in both the U.K.’s album charts as well as the U.S. album charts, nonetheless serving as the final album encapturing all of the band’s successes. The picture of the four musicians walking across the road soon would emerge as one of the most recognizable photographs. In honor of the 50th anniversary of the release of a pinnacle album, it would only be right to review Abbey Road in all its glory and honor.

With a total of 17 tracks spanning the album, the first sound the audience hears is the smooth opening bass line for “Come Together.” It is completely and utterly free, with John passionately devoting the lyrics to a political significance, all the while echoing a sound similar to the blues. “Something” is next, again opening with a smooth guitar line, originally composed by George on the piano, who often appeared less prominent when receiving credit for songwriting. It is a slow tempo love song, full of sweet lyrics which evoke a certain emotion inside all of us, and the addition of the lovely strings- violins, violas, cellos and deep double bass. The bridge is powerful and moving, with an intensifying sound and George’s voice reeking of pure emotion, truly feeling the words he wrote.

A bit deeper into the album the song “Because” stands out, with three-part vocal harmonies. Each of the harmonies are overdubbed twice, giving off the sound of nine voices in total, a bit more surrealistic than previous tracks. With a harpsichord and a synthesizer adding effects to the instrumentals and vocals, it is one of the distinctive pieces on the album.  The track ends with a long, soothing, overdrawn “aaaahh” from the members, serving as the end of Side 1.

Side 2 officially begins with “You Never Give Me Your Money” with a variety of piano verses, also signifying the stylistic and rhythmic change about to take place in the second half of the album. The song is made up of several parts, with the second half prominently focusing on a melancholic flashback to the early days of the band. A guitar solo leads to the ending of the song with the words “One sweet dream, pick up the bags and get in the limousine.”

A clear and distinguishable sound difference exists between the two halves of the album, with the latter being dominated by a long medley. After the end of track nine, the album slides into “Sun King,” with all the reverb on the guitar giving it an almost dreamy resonance. With very little reasoning, the band throws in a loosely-tied phrase of Spanish words, almost impossible to comprehend. The medley continues, with a personal favorite, “Carry That Weight” including the vocals of all four members, a rare occurrence. Emphasizing the notion of the medley, it is the same melody heard in “You Never Give Me Your Money,” but with a heavier emphasis on brass instruments, especially the trumpet. The main idea behind the song is troubles and burdens that come along with the life of fame, a life quite relatable to The Beatles.

“The End.” Not literally, but the technical final song of the album. Only “technical” final song of the album due to the insanely short finishing piece “Her Majesty”, a 26-second piece, the ultimate farewell to their beloved vans being put in place. An intense clashing of vocals and instrumentals ends on a quiet note with the lyrics “And in the end, the love you take is equal to the love you make.”

The finale. The final Beatles album to ever be recorded when the band was still jointed, wrapping up their forever fresh talent in an album which will remain forever timeless. It is the portrayal of the musical journey of a group of four young men who never initially suspected the impact they would have on the world of music surrounding them in the present and future. Let It Be would be the next album released, already recorded but not released until a bit later. Abbey Road is how The Beatles finished their career. An album filled with the perfect concoction of deep emotions, but also emotions that are simple to the core. An album that will never fail to highlight a band that ended up at the top of it all.