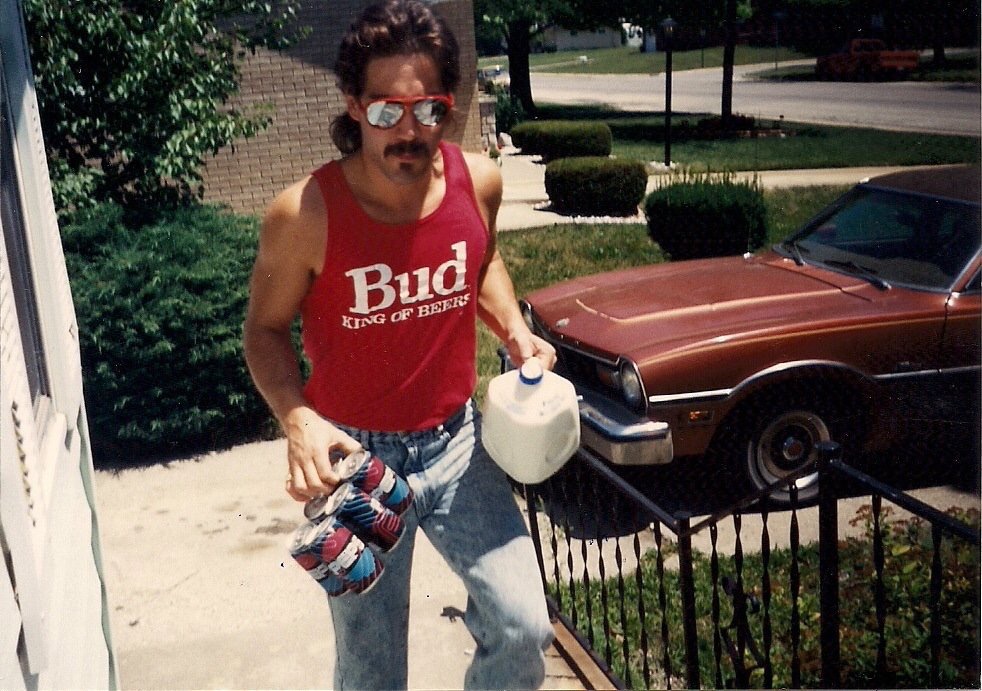 Us millenials have a lot of cool things like Starbucks, Snapchat, a lot of superhero movies, and vinyl for some reason. As great as all of this is, there is still a sense like we missed out on some great pop culture of the 80’s. The boys had Thundercats and Transformers, while the girls all had Barbies and Care Bears. John Hughes and George Lucas and Steven Spielberg were making classics like there was no tomorrow. Pac-Man started the arcade craze, and it wasn’t long until the NES let you bring the fun to your living room. If you’re a music lover though, music streaming is essentially a time machine, letting us listen to all the great music that came out of the MTV era. Here are some songs we may have been born after but still love.

“Come On, Eileen” was released in 1982 but is still a relatively popular song. I distinctly remember dancing to this song at multiple high school dances, it’s one of those types of songs. Even though I danced to this song in my prom dress, “Come On, Eileen” is still one of my favorite songs from the 80’s, cliché as it may be. (Written by Maggie Knoll)

Everyone knows Phil Collins for his work on the Tarzan album, but many millennials don’t know about his work in his early band Genisis. The song starts with a great electric piano setting the  for the rest of the song. Phil sings and drums for the song, setting a funky beat that is one of my favorites. This is much different from the ever so popular glam metal bands, but still very famous. Another love lost, another 80’s song. (Written by Emily Steinmetz)

If You Leave – Orchestral Maneuvers in the Dark

The selection of this song was inspired by the final scene from the John Hughes film, Pretty in Pink. 80s films are a huge part of what defined the decade, and there’s something nice about rom-coms and how everything always works out in the end. I also think it must have been really cool to be able to dance to this at prom back then. Just YouTube it and see it for yourself. (Written by Kayla Martinez)

First heard over 70 years after the cubs had won the world series. “A Dying Cubs Fan’s Last Request” portrays a man at his deathbed reflecting on the decades of his favourite cubbies losing. As for his last request he asks for a funeral on lovely Wrigley Field. (Written by Harrison Lindholm)

For me The Talking Heads were the epitome of 80s music, setting the tone of the decade with their groundbreaking album Speaking In Tongues. Though my favorite song from the album isn’t a single, it would have to be the 6 minute “Making Flippy Floppy” which seems to have a drop before drops were a thing. it’s a classic song that highlights David Byrnes signature voice and their quirky sound.

Punk was starting to become more than a subgenre of rock/metal by the 80’s. Hardcore punk was one of the first subgenres and I don’t think anybody had anything more “hardcore” than some of the songs Bad Brains played. You hear “Banned In DC” and you can hear that the whole band is just wailing, giving it their all. I also really like the loq-quality living room recording quality, a rarity for 80’s music. (Written by Mateo Muro)

Released in 1987, this anthem from Motley Crue can get anyone’s heart racing and mouths drooling. Now, I will admit that I am partial to basically anything in the Crue’s repertoire, but this holds a special place in my heart. After seeing them live four times before they sadly ended their 30+ year career, it is difficult for me to pinpoint one exact song that I can deem my favorite. Actually, in the whole span of 1980-1989, it is disastrous for me to decide what my all-time favorite is of any category not just now classic rock. During this decade styles were changing so much especially for rock n’ roll. Glam metal was left over from the late 70s and phased out in the early 80s so rock songs stopped having the metal pop element and incorporated the grunginess that would later take over the 90s. (Written by Cassandra)

Out of all the fantastic 80s song, this has to be a quintessential one. Everyone has heard this song at all gatherings whether it be a wedding, a bat mitzvah, and especially during those awkward middle school dances. I will make a bold statement here but “Celebration” is one of those songs that you cannot just stand still to. It’s the type of song that makes your parents reminisce about how great the 80s were and brings out the horrific hairstyles and dance moves. (An honorable mention goes out to “Super Freak” by Rick James who almost made the cut, why are there so many great 80’s songs!!). (Written by Julia Antonson)

Listen to the playlist on Spotify!

View all posts by WPGU →