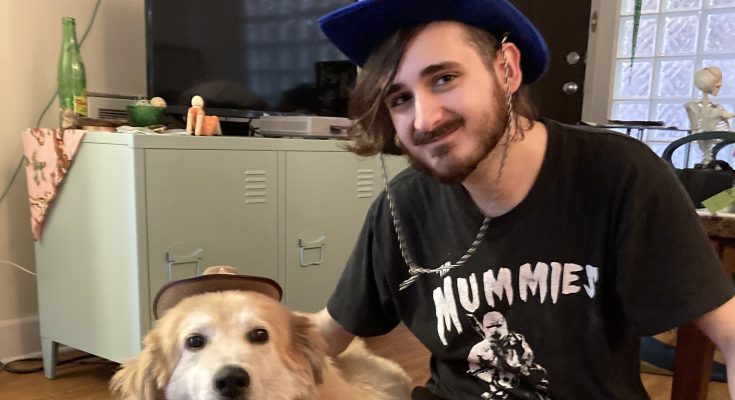 Growing up, many kids have a hobby passed down from their fathers. For some, it’s sports. For UIUC senior Ryan Davila, it was music. Davila remembers music being a main source of bounding in his household, with every family member having their own taste. Davila’s father would always have music playing in his house–whether it be listening to the radio in car rides, his dad’s cassettes and CDs, or watching concert movies. “My dad and I listened to a lot of 60s, 70s, and 80s rock. A lot of David Bowie, Prince, Peter Gabriel, Todd Rundgren, and The Beatles,” says Davila. Davila also had two music-loving brothers that influenced his music consumption. “My older brother Steve would really do deep dives into music and would try to piece together old lost concert footage he would find online. He was really internet savvy and was always looking for a new experience–and I was always along for the ride,” recounts Davila. The young Berwyn, Illinois native was also heavily into video games and was intrigued by the intricate compositions in video game music. “The concept of instrumental music and repeating song structures were so foreign and interesting to me at the time because I was mostly listening to my father’s songs, which had vocals,” says Davila.

This music-laden household set the stage for Ryan Davila to develop into a quite the music connoisseur today. His voracious music consumption has led him to doing astronomical numbers like listening to 500 albums in under a year–sometimes listening to two new albums a day. “I did it because I wanted to be in-the-know about new artists and be a part of that music discourse,” says Davila, whose yearn for a like-minded music community eventually led himself to the WPGU107.1 radio station during his junior year at the University of Illinois at Urbana-Champaign.

Ryan Davila was first introduced to the Champaign radio station through his friend Glenn Villalón, who had been working at the station briefly before Davila joined. “It seemed really cool being able to work at a radio station and meet other musical like-minded people who come from all these different backgrounds,” says Davila. The intrigued student was driven by his interest in the music scene–going to music concerts every weekend, interviewing event coordinators, and building his network of musical individuals. Soon, Davila had developed an eclectic body of work ranging from album reviews, artist spotlights, and interviews. His articles received praise from his boss, other writers, and his friends–giving the new intern the confidence to advance in the radio station.

Eventually his boss called for a new director, and Davila saw this as a perfect opportunity for him to step up and manage the web writing team. After an interview and training, Davila was officially declared the new web director for the radio station. Davila has devoted his time as web director to help people grow and improve on their writing and communication skills. Davila approaches the position of web director in a way that breeds creativity, and the result is a wide variety of articles available to view on the front page of the WPGU website.“When I first joined the department, I had little in the way of professional background and I understand that this is common among the majority of the writers on the team,” says Davila. “My mentality is that everyone can improve, everyone has their own story to tell, and everyone knows something that you do not. So, I’ve always tried to do my best to simply nudge people in the right direction.”

Music and journalism are a key part of Davila’s identity, and these two passions have granted the young director a multitude of opportunities for personal growth in himself and the people around him. These opportunities are a direct result of pursuing his passion for learning about other people and nurturing communities. As the Geology major sets himself up for graduation this spring of 2021 with plans to pursue his doctorate in Geology, Ryan has built a significant amount of experience in writing and managing teams through his time at WPGU. “The radio station has helped me with my interpersonal skills and how to work with people in a collaborative and management position. I see these experiences going with me in everyday life. The application never stops.” 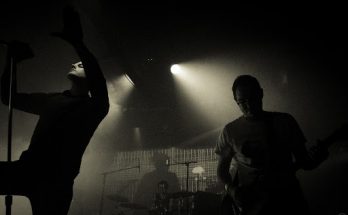