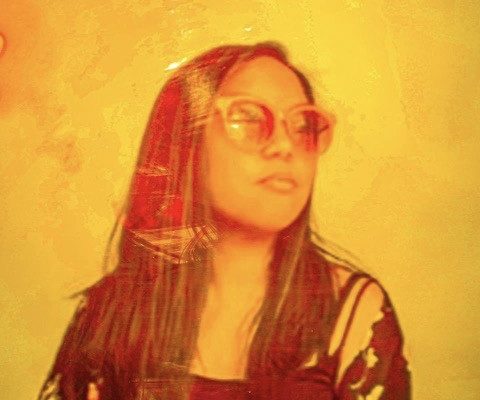 Two singles and a masterfully crafted EP that invited over 50k listeners in 2020. A history of live performances all across the country. A full ride at Berklee College of Music. A list of prestigious awards and accolades including the Berklee Guitar Department Achievement award, first prize at the Luminarts Jazz Competition in Chicago, and a National YoungArts Foundation first place award for both Jazz guitar and Jazz vocals. Collaborations with jazz legends including Terri Lyne Carrington, Nicholas Payton, and Dee Dee Bridgewater. Even at the age of 21, it seems like Francesca Castro can’t miss.

I was first introduced to the music of jazz guitarist, singer, and producer, Francesca Castro through an Instagram video of her cover of ‘Can’t Buy Me Love’ by The Beatles. I was inspired by how she played with the tempo and chord progression, incorporating a relaxed jazzy feel to one of my favorite songs by the group. Pretty soon, I was lost in Castro’s catalogue of songs, and I knew I had to interview this impressive talent. As an artist myself, I do my best to find common ground with the artists I talk with, and, after some research, I found that we both performed at the same local Chicago venue, Uncommon Ground. I brought this up at the start of our conversation, and Castro, with years of gigging experience I could only wish to attain, explained her connection with the music venue; “I first was introduced to Uncommon Ground through this jazz program in Illinois called Midwest Young Artist, and they booked us a show there,” says Castro. As she continued to develop as a songwriter and grow her audience, Castro eventually was able to book shows of her own with a backing band including Julian Merluzzi (drums), Grant Le (bass), and Wes Dziedzic (piano). These gigs laid the foundation for material that Francesca Castro would end up using to construct her debut EP, Day by Day.

Day by Day was recorded in the summer of 2019 with the help of producer Craig Williams at Dr. Caw Studios in Northbrook, where she recorded music she wrote with members of her touring band. Castro provided me a bit of context for the EP: “It was a summer where I gigged a lot with the same people, so I decided that I wanted to release some of the music that I had been playing up to that point. It was great because we already knew the songs well from performing them, so we didn’t need to rehearse them that much.”

Francesca demonstrates her impressive ability to scat while improvising on the guitar early on in the first track, displaying herself as a true force to be reckoned with just within the first minute of the EP. The other instruments provide a solid platform for her vocals and guitar to shine, but that doesn’t mean that the other musicians don’t have time to shine as well. We also get to hear smooth piano solos and impressive drum rhythms that provide virtuosic depth to each track. Castro says she usually starts with a chord progression or a theme in mind, then comes up with the melody and lyrics later–however the lyrics rarely appear to be an afterthought. One of the standout tracks on this EP is ‘Day by Day’, in which, along with her infectious jazz musicianship, Castro provides heartfelt lyrics that follow a theme of needing to separate from someone in order to grow. “I actually wrote this song about leaving for college. It was the summer before college and I wanted to write about how life would be different when I had that independence.”

Day by Day would go on to garner the attention of jazz and R&B fans alike, with her song, ‘Cup of Tea’, amassing over 300k streams on Spotify to date. But Castro was hungry for more. On May 30th, she released ‘Something Bout You’, a track that saw Castro experiment with elements of pop and contemporary music. “I took a different approach to the writing process for that song” says Castro, explaining her summer single. For this track, Castro created a beat in her digital audio workstation, played with melodies, which eventually led her to experimenting with different lyrical ideas. “I think [the song] is more of a pop single, but it still has those R&B and jazz elements that I know well.” The single was also accompanied by a music video featuring Castro’s friends and family, and was directed and edited by Castro herself.

By next year, Castro will have graduated from Berklee College. As a major in Performance and Contemporary Writing and Production, she has spent the last four years learning the ropes of digital audio workstations like Pro Tools and Logic Pro X. As the restrictions of COVID-19 hindered her ability to perform and rehearse, Castro decided to take matters into her own hands and use her growing knowledge of audio production to release her first self-produced single, ‘Santa’s Gotta Stay Home’. Starting from the pop/R&B groundwork from her last single, this song begins with Castro’s acoustic guitar and grows into a track that’s all too groovy and nuanced to be your typical Christmas tune. Chimes and bells are sprinkled throughout the track to give it that familiar holiday energy we come to expect in a Christmas song. This song also features Castro’s classmates and talented musicians Valeria Falcon on bass, and British multi-instrumentalist Roella Oloro on keys. Castro recalls the three of them on a zoom call playing their parts together while Castro produced the track. “There was a time crunch for this one,” says Castro. “I came up with the idea for a Christmas song in November, and I knew I had to record and produce the song by December since the song was special for this month and year.” Castro plans to release another music video alongside her new Christmas single, as well as many more self-produced material for 2021.

Francesca Castro has laid the necessary foundation for an impressive career in the music industry. At only 21, she has already achieved so much, and continues to work hard to grow her fanbase. She is a true testament to the wondrous experiences and connections a musician can have, and with a special talent like Francesca’s, there will be many more experiences to come.