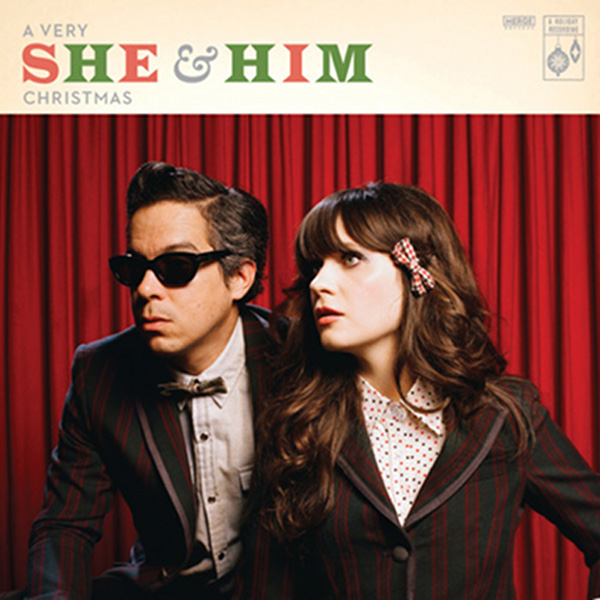 She & Him have a talent for transporting listeners to a world of bright memories, and A Very She & Him Christmas would seem like an opportunity for a double dosage of warm, fuzzy feelings.  Unfortunately, this album’s lack of imagination confines it to the rank of a pleasant, typical Christmas album.

This album is not bad; in fact it is quite nice.  But Zooey seems to have not put much of herself into this album.  Unlike her performance in Elf, where she sang with passion either for herself or to save Christmas, this album lacks much feeling.  “Blue Christmas” doesn’t sound very sad, “Sleigh Ride” doesn’t sound particularly excited, and “I’ll be Home for Christmas” doesn’t sound wistful at all.  These tracks will be a great backdrop for driving around the block looking at Christmas decorations but, like most decorations, are rather lifeless.  The vibrancy of “She”’s voice and the excitement of “Him”’s guitar have been traded in for run-of-the-mill tunes.

Most people met Zooey Deschanel when she sang “Baby, It’s Cold Outside” in Elf.  That track does appear on this album, but in a clever switch she swings the traditionally male part, and M. Ward sings the traditionally female part.  This inversion of she and him is one of the more pleasant moment on the album.  However, both singers sound more smug with their clever joke than either worried or sly.

What made Volume One and Volume Two both great albums was that they sounded both familiar and fresh from the first listen to the hundredth listen.  Although they sounded like they belonged in the fifties, almost every song was written by Zooey Deschanel.  On this album, not a single song was written by her.  Listening to these songs—perhaps some will be new to you—will be a familiar but not fresh experience.

Maybe this record isn’t targeted at the people who called Volume Two one of the best records of last year.  Perhaps this album will have its sales boosted by Zooey’s new show New Girl and be picked up by hands that have never heard of M. Ward.  That’s alright; but anyone who has heard of M. Ward should not let this be their first experience with She & Him.

The better Christmas albums released over the past decades were special because they either represented classic carols as their own, or added new tunes to the genre.  This album does neither, and after the first few listens, this album will prove lacking in comparison to the equally pleasant voices of Bing Crosby or Frank Sinatra who actually released their albums in the fifties.  The title is particularly unfortunate, for this album is a Christmas album, yet it is not very She & Him at all.