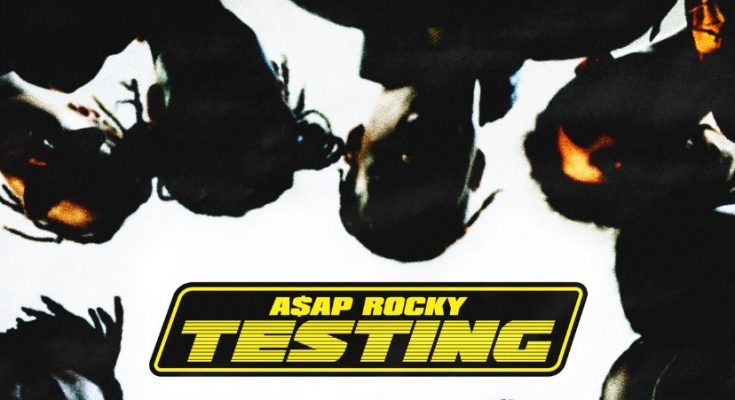 A$AP Rocky has been a hot topic over the past two years and, for the most part, not for any good reasons. This year, he was wrapped up in a ton of controversy as he was arrested in Sweden and even got the Kardashians and Donald Trump involved. Last year, he released his third album, TESTING, which was met with either acclaim or harsh reviews. TESTING is a huge departure from Rocky’s first two albums as he messes with experimental beats and creative sampling, something many of his fans weren’t used to. On TESTING, Rocky wasn’t afraid to take creative risks, something that gave way to greatness but also some flops.

A little bit of the album features music that any hip hop listener will be used to. “Fukk Sleep” may feature some weird moments and an awkward ending from FKA twigs, but the rest of the song has a very ordinary flow and traditional beat that many will be used to. “Hun43rd” works a lot better and Rocky rolls over the beat with little rest between each line. “Black Tux, White Collar” is almost a perfect representation of the state of rap, with a beat switch and ad-libs, although there are more instrumental parts at the beginning and end of the song.

Then there are some songs that are a lot more instrumental and feature minimal rapping from Rocky. “Purity” has Rocky and Frank Ocean rapping over a simple guitar sample and some weird autotuned parts mixed in. If you’re able to move past the awkward parts of the song, Frank Ocean’s rapping is great. “Kids Turned Out Fine” has Rocky sounding like Travis Scott at parts yet the song sounds nothing like a Travis Scott song. The song starts out upbeat but becomes slow and tired, almost like the song fell asleep at the end. “Changes” goes through many changes (as the name implies), going
from somber, to loud, back to somber, and then to quiet. It’s an interesting idea, but the song itself isn’t that interesting and is ultimately forgettable.

Lastly, there are some great bangers and standouts that anyone will like. Rocky’s most popular song, “Praise the Lord (Da Shine),” has a rather simple beat, but Rocky and Skepta bounce around the beat and sing an extremely catchy hook that you’ll have stuck in your head for days. “Tony Tone” features what seems like a reversed sample which makes for an eerie beat, but Rocky only plays off this with an equally eerie flow and delivery that no other rapper could pull off. “Buck Shots” samples many city sounds, with fire truck horns and police sirens to create an up-tempo and loud banger, much unlike the rest of the album. If more songs were like these three, the album would be a lot different, but probably a lot more enjoyable.

Overall, the album has some great standouts, but there are also a few songs where Rocky either went too far or didn’t go far enough. The album’s a mixed bag, which is what you’ll often get with an experimental and creative album like this. At times you can become bored with the slow pace of the song, and right after you get a full-fledged rap song, which is jarring at times. If these slow moments were better intertwined with the loud and fast moments, the album would run more smoothly. Still, if you’re looking for an A$AP Rocky album before he eventually releases his next, this isn’t a bad pick.