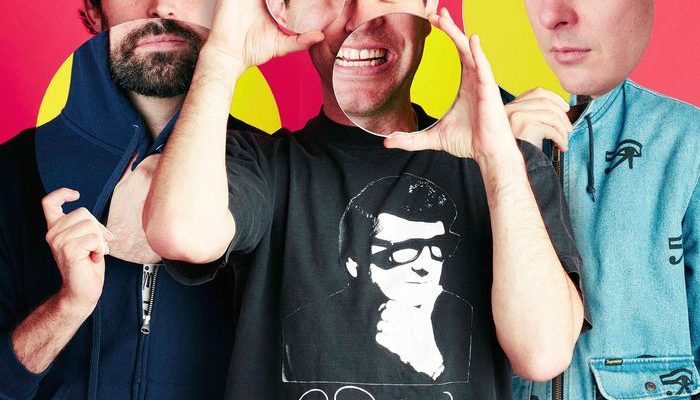 Animal Collective is a psychedelic pop/experimental/folk group known for having a fairly large discography that widely varies in quality. Being one of my favorite bands of all time, I love introducing their stuff to friends or anyone willing to listen. If you are interested in listening to them, this list might be a good indicator of where to start.

I’m gonna be frank here, this album sucks. In their early days, AnCo were a lot more experimental with their music, heavily utilizing noise and other abrasive sounds in their music. This is the peak of that phase, and it is pretty harsh on the ears. There are some songs on here that are pretty good if you ignore the ear-piercing high pitched frequencies playing throughout the album. If your favorite AC album is Spirit They’re Gone, Spirit They’ve Vanished and you really like the noise elements of it, this album might be for you. But to me, unlike in STG, STV, the experimentation on this record falls flat on its face.

This is basically Danse Manatee in a live setting. Similar to that album, this one leans toward AnCo’s more ambient, noisy, and abrasive side. Like Danse Manatee, this record is pretty inaccessible for the same reasons. I will say though that you can hear their tribal, “forest-children” persona maturing a little here, making it a little better than their second LP.

Something interesting about this album that I found while writing this article is that it was recorded live in the studio in one take. A lot of this album sounds improvised, so learning that made me appreciate it a little more, but to me what the boys did here comes across as a little lazy. This is an ambient album based on the seafloor, with an accompanying film to go along with it. Basically, this is the same experience that you would get watching a 4K TV display at BestBuy. This album isn’t necessarily bad, it just feels like they could have done something a little more adventurous if they were going to stray away from the poppy material they released prior to this one.

This is the matured, better version of Danse Manatee and Hollinndagain, and it is way easier to listen to. I think that they lean into their tribal, natural sound the most here out of those three albums, which plays very interestingly with the electronic instrumentation they use. I think the contrast between the synthetic and natural elements in this album is really cool, but I still don’t think that they perfected that formula with this one.

Their first album without harsh noise proves that AnCo can do genres other than experimental, noise, drone, etc. While it feels like Sung Tongs’ less successful cousin, it still carves out its own niche in the band’s discography. As is often stated by fans of the record, it really does sound like a campfire if it were making music. The ambient, acoustic vibe of this album is definitely great for a cozy bonfire with friends.

This is the album where AnCo wanted to make hits. Continuing on with the pop sound from their last two albums, this sounds a lot more like Beach Boys than a bunch of dudes yelling in a forest. It really isn’t bad, but it is the weakest of their pop albums in my opinion.

People don’t give this one nearly enough credit. I’ll admit that it does sound like a bunch of B-sides from Strawberry Jam, but I also love Strawberry Jam so I really don’t mind that at all.

This is where we start getting into the really good stuff. Feels is really unique. It is a folk album, but not in the way that Campfire Songs is a folk album. It’s full of trippy, beautiful pop(?) songs that really make you want to go give your loved ones a big ol’ hug. That’s really all I can describe about it without playing it, so I really suggest you give it a listen.

This one is also a folk album, but not in the same way as either of the other two. It’s not as much psychedelic as it is just… weird. But I really, really like it. It’s Animal Collective at their most yelpy, tribal, and odd, and without the noise from their really early stuff. If “Whaddit I Done” wasn’t on this album, it might be even higher on this list.

This is actually their first record, and while I may seem like a hypocrite for saying their early stuff sucked and putting this so high, I really don’t care. They experimented here, and it worked wonders. This album is extremely creepy. It feels like fairies made music on a broken piano and released an album of it. There is some noise on this one, but it really plays into the aesthetic and doesn’t last long enough for it to be a problem. I also want to add that the drumming on this record is phenomenal.

Boy, do I love this one. This was Animal Collective’s first pop record, and they nailed it. So many of my favorite songs are on this album, it is really hard for me to pick the one I like the most. I love it so much that I still have trouble understanding how they outdid themselves with MPP.

This is it. This is as close to perfection as it gets. This is one of my favorite albums of all time, and it also happens to be Animal Collective’s most accessible release. Every single song is amazing. If you’re looking for an amazing psychedelic pop album, I urge you to give this a listen. If you want me to go into more detail, it sounds exactly like the cover looks. Now go listen to “My Girls” and change your life.