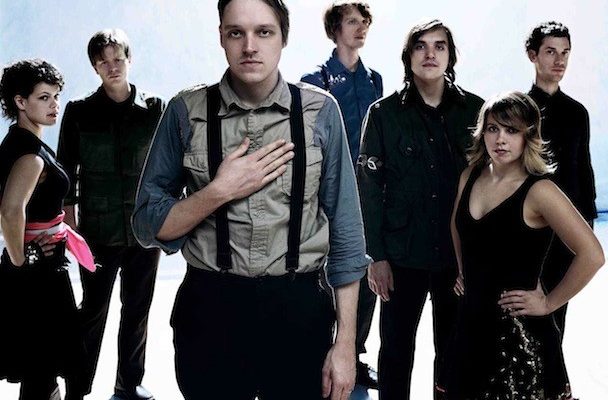 Arcade Fire are a rock band from Montreal, Canada who rose to indie stardom after the release of their critically acclaimed 2004 album Funeral. The septet is known for having one of the best three album runs in music history, as well as unfortunately falling out of favor with their core fans in recent years, although their original masterpieces still stand as all-time classics.

If my opinions on this record are the only things you hear me say about Arcade Fire, you will probably think I hate them. This is not the case at all, in fact, the reason I am so disappointed by this record is precisely because of how much I love this band. The band’s trademark deep and profound lyrics and theming are nowhere to be found on this project, and instead what we got is an average-at-best disco album, with a few overt attempts at radio hits thrown in the mix. If this is truly their last record as some believe it to be, part of me wishes that they stopped after Reflektor.

This was the album that followed one of the greatest three album runs ever, so it certainly had a lot of hype surrounding it. I think that Arcade Fire tried a little too hard to meet their fans’ expectations, especially considering the new direction they took with their sound, and ended up putting their foot in too many doorways conceptually. With a one hour and fifteen minute runtime split across two discs, they cover topics such as Søren Kierkegaard’s writings on “a reflective age”, mass conformity, human identity, and the myth of Orpheus and Eurydice. I believe that Reflektor could have been better received had it been released as two completely separate projects, considering the disconnect between its two halves. With all that said though, this double-LP shows the same lyrical genius and amazing songwriting found on their first three records, bloated as it may be.

The second album in their famous trilogy is one that I had a hard time ranking. I think this album is so, so underrated by fans and critics alike, but I have to place it below The Suburbs for a few reasons, the main one being that there are no real standout tracks here. However, this is a brilliant concept album, and I have to applaud it for being one of the very few times I have seen a piece of media perfectly tackle the topic of technology’s negative effects on humanity. Works such as Netflix’s “Black Mirror” have always come off as in-your-face, cringeworthy, and trying too hard to be profound, while this record uses subtlety to its advantage. For example, the ocean as a symbol of loss of control is a recurring motif throughout the record, which is brilliantly utilized on “Black Wave / Bad Vibrations” when talking about a “black wave rising from the middle of the sea”, representing a woman’s dark past catching up with her no matter how hard she tries to run away. I highly recommend reading the Genius page while listening to this record, as it may help you catch hidden meanings you wouldn’t otherwise.

Favorite Track: The Well and the Lighthouse

While I don’t believe this record to be as lyrically strong as Neon Bible, a lot of my favorite Arcade Fire tracks are found here, and I strongly relate to this record. Unlike the abstract nature of their other projects, The Suburbs is based on frontman Win Butler’s upbringing in the suburbs of Texas. It discusses themes of growing up, returning to your hometown, and reflecting on your youth. This was Arcade Fire at their peak of songwriting, with tracks such as “The Suburbs”, “We Used to Wait”, “Sprawl II”, and “Ready to Start” all becoming hits on their own, without the forcedness found on Everything Now.

Arcade Fire’s debut is near-perfect. Its progression is flawless, starting with the melancholy “Neighborhood #1 (Tunnels)”, followed later by the heavy, thumping centerpiece “Neighborhood #3 (Power Out)”, rising in tension with the waltz “Crown of Love” accompanied by the explosive climax of “Wake Up”, and finally ending with “Rebellion (Lies)” and “In the Backseat”. This is one of the most immersive records I’ve ever heard, as it takes the listener to a frozen-over suburb, likely inspired by the 1998 snowstorm in the band’s home of Montreal, which caused the power lines to crash down under the weight of the ice. It covers topics such as growing up and entering adulthood, the economic downturn of the late 1990s, experiencing the death of a loved one, youth rising up against their parents, and so much more that it would take an entire book to cover it all. I have almost no complaints about this record. It’s a masterpiece.

Favorite Track: All of them