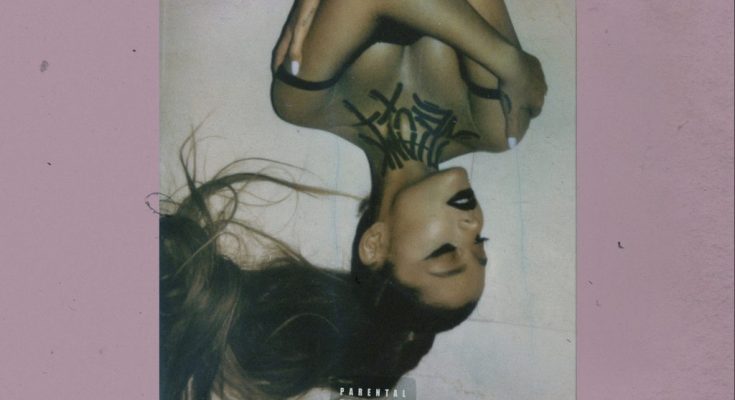 Ariana Grande wants you to break up with your girlfriend … because she’s bored. That seems to be one of fans’ biggest takeaways from Grande’s newest album, “Thank U, Next,” which came out on Friday.

Since “Sweetener,” released just six months before “Thank U, Next,” Grande’s life has not been easy. She has had to deal with both the tragic death of an ex and a called-off engagement, all within the span of a month. Grande, however, turned this grief into strength, which she then poured into her music, and here we are now with “Thank U, Next.”

“Imagine,” the opening track, was released in December, and I wasn’t a huge fan when first hearing it. I’m still not loving the song musically but lyrically, it’s packed with references to now-deceased Mac Miller including impressive whistle notes (though not surprising, as we’ve heard Grande hit those notes before).

Grande experiments with more unique sounds in “Needy,” the second track. Something that sounds like an autotuned bell in a minor key introduces the song and continues throughout, shifting from a clear sound to a more muffled one. Grande does something similar with her voice, which is far more interesting than hearing a monotone phrase, which seems to be the case in most songs playing on the radio these days.

In “NASA,” which is the complete opposite of “Needy,” Grande emphasizes the fact that she needs space, which is a play on words. Usually she would really want to be around this person but in this case, “gravity seems to be the only things that’s / pulling me.” “NASA” also features a great intro that I’m really glad is included in the song.

Grande’s grandmother, Marjorie Grande, makes a cameo in the beginning of “Bloodline,” and that’s really the most interesting part of the song which seems to be about friends with benefits and not wanting someone enough to have them in your bloodline.

In “Fake Smile,” Grande admits that she can’t keep pretending to be happy after going through what she’s been through. The song’s chill, upbeat style reflects Grande’s openness about her struggle to stay happy and the more talky bridge encourages listeners to embrace their anger and hurt because it’s okay to not be happy at times. “Fake Smile” also features one of my favorite lyrics from the album: “Fuck a fake smile, smile.”

In “Bad Idea” and “Make Up,” Grande falls back into that repetitive nature that was all over “Sweetener.” “Bad Idea” lacks substantial lyrics and ends with a weird, unnecessary strings moment. “Make Up,” a play on words (“I love it when we make up / Go ‘head, ruin my makeup”), doesn’t add much to the album either.

Grande redeems herself in “Ghostin,” though, a terribly sad but beautiful song, which also happens to be my favorite on the album. The heartbreaking mood is immediately clear in the song’s beginning, which features intense synth waves that travel down the minor scale. Lyrics like “I know you hear me when I cry” and “I’m hating myself ‘cause you don’t want / to / Admit

that it hurts you” most likely allude to the guilt Grande felt for crying about Mac Miller while with Pete Davidson.

Grande’s good friend, Doug Middlebrook, speaks some words of wisdom in the intro of “In My Head,” which Grande has tweeted is about falling in love with the version of someone you created in your head when the real version is completely different. The lyrics scream Pete Davidson, who a lot of Grande’s fans were skeptical of when he and Grande started dating. Grande acknowledges this with lyrics, “They see demon, I see angel, angel, angel.”

I did not like “7 Rings” at all when it was released in January, and I still am not a fan. It’s definitely the weakest song on the album, both musically and lyrically. I sort of understand what Grande was trying to do with this song, but she missed the mark with “7 Rings,” and I don’t think it was needed on the album.

“Thank U, Next” is a really nice much needed break from “7 Rings.” I loved this song when it was first released as a single in November, and I’m still a huge fan of it. It’s not exactly a musical or lyrical masterpiece, but it does have some really good advice about exes that I think we all could use. It also contains my second favorite line of the album: “I know they say I move on too fast / But this one gon’ last / ‘Cause her name is Ari / And I’m so good with that.”

Grande closes the album with “Break Up with Your Girlfriend, I’m Bored,” perhaps the song that piqued fans’ interest the most. I was really curious about this song when I saw the track list, and though not my favorite song, I keep finding myself bopping my head and tapping my feet to it. It definitely has a sultrier feel than the other songs on the album and is also accompanied by a must-see music video.

To be honest, I didn’t think I was going to like this album. I wasn’t a huge fan of “Sweetener” and was skeptical about “Thank U, Next” with it being released so soon after “Sweetener.” I was pleasantly surprised, though. In this album, Grande explored more unique and original sounds and techniques while staying true to her style. She has been through so much this past year and it’s impressive and inspiring that she turned her grief and struggle into a solid pop album that also contains many messages about healing and the importance of the self.