In reflecting upon all-time great musical artists from any genre, the characteristic of prolificity is
nearly always applicable. Those considered in the “GOAT” discussion of their respective genre
typically rise to such a status as a result of possessing an extensive and consistently impressive
discography spread out over a long period of time. All-time hip-hop great Kanye West has
twelve albums under his belt; blues rock legend Bruce Springsteen has created twenty studio
albums; Rock-and-Roll Hall of Fame band Aerosmith flaunts a fifteen-studio album discography.

What if I told you there currently exists a band you likely are entirely unaware of that has spun
out an absurd total of fifteen acclaimed studio albums — with a sixteenth just announced this
past week — over the span of only ten years?

Enter the eccentric, versatile, long-haired Aussies who form what I firmly believe will go down
as the most prolific band of our lifetimes, King Gizzard & the Lizard Wizard. Comprised of six
members — not a single one of whom has played less than three different instruments for the
band — King Gizzard has been dominating the Australian psychedelic rock scene since their
formation in 2010. With uber-talented frontman Stu Mackenzie at helm, the band has
masterfully broadened their horizons to traverse a plethora of different styles that include
psychedelic rock, garage rock, improvisational jazz, psychedelic pop, thrash metal, electronic
synth rock, progressive metal, blues rock and folk rock. King Gizzard’s discography is far too
capacious to give it sufficient justice in a single article, but I hope the following deep dive into
what I believe to be their five most essential projects stokes excitement for their upcoming
album and catalyzes the desire to take the thrilling journey through their stellar musical
catalogue.

Kicking off this list of the most essential Gizz projects is their 2014 psychedelic masterpiece, I’m
In Your Mind Fuzz. The band’s sixth album in the first four years of their career sees the
emergence of what would become their signature sound, which beautifully marries elements of
garage, alternative and progressive rock with modern psychedelia. From the chaotic, dissonant
guitar solos of perennial headbanger “Cellophane” to the sweet, funky flute melody of the
groovy ballad “Empty” and all the songs like “Am I In Heaven?” and “Empty” that gracefully fall
somewhere in between the categories of banging and beautiful, this project defines the
moment when King Gizzard fully solidifies their eccentric identity.

Number two on the list is decidedly King Gizzard and the Lizard Wizard’s magnum opus,
Nonagon Infinity. The Australian septet’s 2016 garage-psychedelic rock album is their most
widely acclaimed project, having been regarded by both critics and fans as the #2 psychedelic
rock album of the 2010s — the high praise coming with good reason. Nonagon Infinity is crafted
in such a masterful way that each of its songs transitions seamlessly into the next, including its
closing track flowing right back into the opener, thus creating an infinite loop of music. An
adrenaline-pumping thrill ride from its electric opening track, “Robot Stop”— my all-time
personal favorite Gizz song — to the equally tempestuous closing track, “Road Train,” Nonagon
Infinity will never once fail to leave a lasting impression upon first listen.

The third essential King Gizzard album is one of many that showcases the Melbourne-based
collective’s stunning versatility, Flying Microtonal Banana. FMB marked the beginning of an
absurd year for the band in terms of production, as it was the first of a whopping five albums
that Gizz would release in the year of 2017. While the album’s title might strike one as strange,
FMB boasts such a name because Stu Mackenzie’s banana-resemblant guitar he performs with
on this album was crafted to accentuate microtones, which are intervals smaller than
semitones, the smallest intervals used in traditional western music — in Layman’s Terms, the
entire album is constructed upon notes and chords alien to the average human ear. The
album’s microtonal focus makes for a truly incomparable listening experience, with “Open
Water,” “Rattlesnake” and “Nuclear Fusion” being particularly standout tracks on this one-of-a-
kind LP.

Appearing fourth on the list is the fan-favorite inauspicious odyssey, Murder of the Universe.
This Gizz album has garnered arguably the largest cult following within the band’s fanbase due
to its iconic thematic plotline, the band’s first since their western-themed Eyes Like the Sky
(2013). MOTU is narrated by Gizz’s fellow Flightless Records signee, Leah Senior, and is divided
into three chapters that stretch over 21 songs and provide fans of the band with more canon
than they could ever ask for. Chapter one tells the tale of a man’s radical ideas turning himself
into a hideous beast, chapter two paints the battle of two mystical god-like entities and chapter
three chronicles the plight of a cyborg who gains sentience and seeks rebellion — phew, that
was a mouthful. A truly innovative psychedelic voyage that contains some of Gizz’s most classic
tracks — “Altered Beast I,” “The Lord of Lightning” and “Digital Black” come to mind — and
flaunts a storyline no meager sentence-long summary can do justice, MOTU is a must-listen for
those who seek inventive albums.

Choosing the final album to appear on this list of King Gizzard’s five most essential albums was
incredibly difficult due to the band’s loaded, high-quality discography. Though classic projects
like Oddments (2014) or Quarters! (2015) and recent release Infest the Rats’ Nest (2019) make
compelling cases for themselves, I’ve selected what I believe to be the band’s greatest display
of versatility to date, Fishing For Fishies. While King Gizzard & the Lizard Wizard are revered for
their savant-like talent in the garage, thrash and progressive fields of psychedelic rock, FFF flips
the band’s signature script entirely. Rather than receiving the blood-pumping experience many
have come to associate with King Gizz, listeners are pleasantly greeted by elements of folk rock,
boogie rock, blues rock, and even electronic synth rock that are all wonderfully tied together by
the band’s textbook incorporation of modern psychedelia. What’s more, FFF contains an
underlying environmentalist motif within the lyrics of each adeptly crafted, harmonica-laden
and undeniably groovy song. Not only is it the band’s most versatile album to date, but FFF is
also far and away their most easily accessible, making it the ideal project for anyone looking to
just dip their toes into the colossal ocean that is the “Gizzverse.” 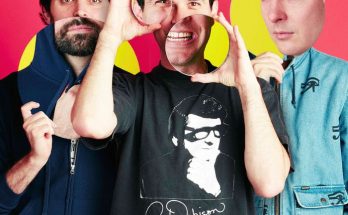 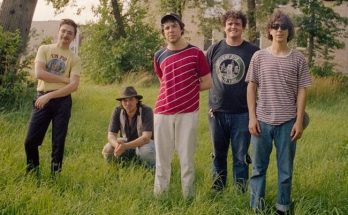 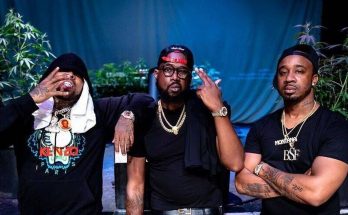 The Year of Griselda