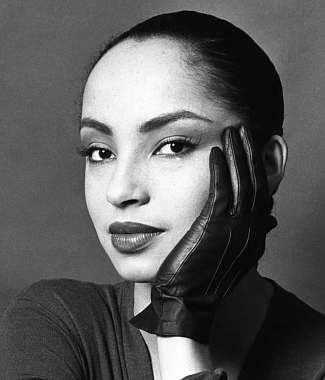 Few artists have managed to reproduce a contemporary soul style as well as Sade Adu, a female vocalist who would become celebrated for introducing a new genre to the world of music; sophisticated pop. Born in Nigeria and moving to England as a young child with her mother, Sade grew up listening to the classic staples of American soul music such as Curtis Mayfield, Bill Withers, and Marvin Gaye, forming her initial foundation for her love of music. Initially attracted to fashion, she began her career in art school, but later discovered her fondness of songwriting after a few friends from school asked her to join their band as lead vocalist. After a few years of experimenting, she would join a North London Latin funk group called Pride, traveling through Britain in a van and regularly performing until 1984, when she signed to Epic Records. She refused to sign without bringing her former band members along with; saxophonist Stuart Matthewman, Andrew Hale on the keyboard, and bassist Paul Spencer Denman.

“Your Love is King” was the band’s first hit single which would place top 10 on the British charts, experiencing difficult managers and companies wanting to tweak or shorten her albums. Nonetheless, Sade held the reins within her hands, guiding the direction of the band’s music and image amongst a world obsessed with marketing. Diamond Life was the first album released in 1984, including hit tracks such as “Smooth Operator” and “Cherry Pie”. It was irresistibly sultry, and a sound which everyone at the time wanted to get their hands on, with synth-pop dominating the 80s. This album was minimalistic, yet portrayed every inch of Sade’s self-awareness and unique craft.

Promise was released just a year later, blending elements of Brazilian pop, soul, and jazz; emanating a similar sound from their first debut, but continuing to center their focus on anti-pop. “The Sweetest Taboo” opens with the sound of rain layered with a rhythmic percussion loop, Sade’s voice smoothly flowing throughout the melody. The band’s last album produced in London would be Stronger Than Pride, the opening track marking a shift in style towards a meditative and romantic experience. Produced in several locations around the world, piece by piece, it is composed of a greater fluidity. “I Never Thought I’d See the Day” showcases Sade’s vocal talent, the lush instrumentals detached from her voice. She is alone in her heartache, unwinding her concepts of love and breakups through soaring vocals and a reflection of the internal. The songs are stripped back of heavy, complex, melodies and rhythms, Sade reflecting Sade’s prioritization of her personal life over her career throughout her time as a songwriter.

A year after the release of Stronger Than Pride, her production would take a pause, marrying Spanish film director Carlos Scola Pliego in 1989, returning to the studio in 1992, to produce the band’s fourth album. Love Deluxe. Titled “Love Deluxe” to pay tribute to Sade’s constant discovery of love throughout her life, it is something that cannot be bought with money, hence the term, “love deluxe”. “No Ordinary Love” consists of layered synths and a crisp percussion, once again touching upon the subject of endearment and the fine line between fantasy and reality. “Cherish The Day” opens with a tranquil guitar riff, speaking of a love exceeding material boundaries. It is an album revisiting past love and feelings in Sade’s life, creating lightness out of darkness.

After spending some time struggling with her marriage and finally deciding to break it off for good, music became a burden rather than an escape. While dealing with her personal life, Sade felt unable to produce meaningful music, her attitude towards fame staying constant and distinguishing her from other artists at the time. Media would continue to spread rumors and attempt to dig into her personal life, but she was simply living and experiencing. Giving birth to her daughter, Ila in 1996, opened up a new chapter in her life and a new relationship, her experiences translating onto the group’s fifth album, Lovers Rock. It would be released in 2000, but recorded in less than a year. It opens with “By Your Side”, a sweet melody with a lush groove, once again breaching the subject of love, and her ability to nurture. The album evokes a romantic, contemporary reggae, the Caribbean, and British influences present throughout the tracks. “Immigrant’ contains a similar smooth rhythm, but speaks of a deeper subject; unwanted migrants in a foreign land. This album stands out from the pop albums influencing the beginning of the 2000s.

“After you make a record your life changes. Beforehand I was living my little anonymous life. But that whole machine that starts going when you make a record”, encapsulates Sade’s private personality, following her own passion and trends rather than whatever was going on around her. She has developed her own unique sound throughout her career, staying true to herself. Ten years after the release of the sensible Lovers Rock came Soldier of Love, a mature and mellow statement of the band’s collaboration through the years. Her voice remains strong and soulful, her life long circumstances construing themselves in a mix of cool soul, jazz, and R&B. Her slow ballads will forever remain a staple of her career, no one being able to express emotion in songwriting quite as well as she does. Sade remains one of my favorite artists, her strength rooting itself in her lyrics and compilation of songs talking about love, heartache, various social inequities, and everything in between. She now lives in rural Gloucestershire with her partner, focusing on her family and friends, her last tour being in December of 2011. She is a genuine and authentic artist, taking time to truly find herself in her musical style, and maintaining a sense of self through the chaos within the music industry. As you listen to the years of Sade’s songwriting, allow yourself to experience the range of emotions you will feel. Her work is raw, true, and timeless. “I just want to be who I am in the end, that’s all you are anyway. It doesn’t matter what anybody says about you, you are who you are in the end. Because in the end I breathe and sleep and laugh and cry, and all the things that everybody does. And that is me.” 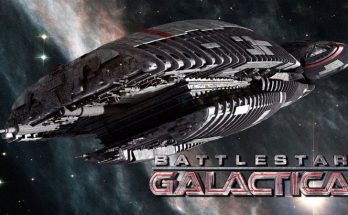 Bear McCreary – The Man Behind the (Battlestar Galactica) Music 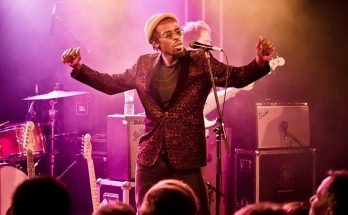 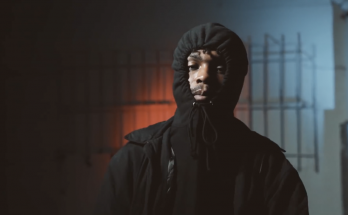 5 Rappers who could break into the mainstream in 2021