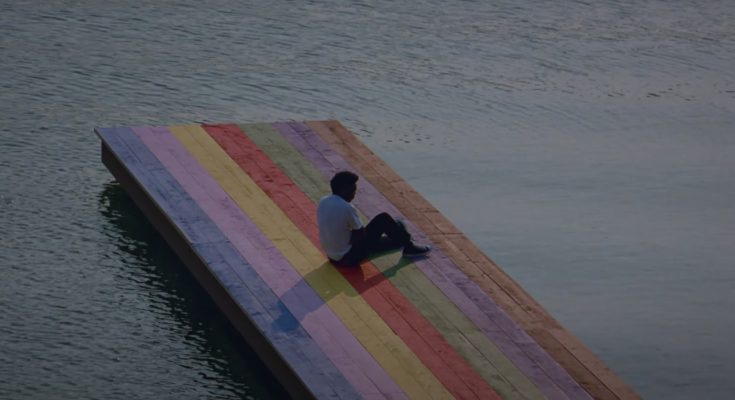 The second half of 2021 has shone favorably upon hip-hop fans who have been starving for a substantial release for what has seemed like an eternity. Beginning in June with Tyler, the Creator showcasing that he’s a jack-of-all-trades on CALL ME IF YOU GET LOST, to the long-anticipated release of Kanye West’s experimental, gospel-laden tribute to his mother in the shape of Donda, and most recently with one of the most popular artists in history dropping his sixth full-length project — of course, referring to Drake’s Certified Lover Boy.

Amidst the influx of new albums from chart-topping names who have been running the rap scene for years, a far less familiar artist has made his name nearly impossible to avoid. South bay area Los Angeles native Hykeem Carter — better known by his stage name, Baby Keem — has been flaunting with mainstream popularity for the better part of the past year and has now finally taken his opportunity to make a proper entrance. His first mixtape, DIE FOR MY BITCH, was released in 2019 and proved that he could not only bring new ideas to the table, but also that he was more than capable of making hit songs, with “ORANGE SODA” and “HONEST” quickly gaining viral status.

Keem continued to add flames to his burgeoning fire of repute in 2020 with impressive singles “hooligan” and “sons & critics freestyle,” and continued this trajectory in early 2021 with singles “no sense” and “durag activity (ft. Travis Scott),” the latter of which greatly escalated the excitement around his upcoming project. Baby Keem’s hype recently reached a boiling point with his upcoming album’s lead single, “family ties (ft. Kendrick Lamar),” which cracked the Billboard Top 20. Thankfully, fans need not wait any longer — The Melodic Blue is finally here. Although the album is not its without flaws, it’s undoubtedly one of the most exciting hip-hop releases of the year, and it portends a stellar and long-lasting career in the rap game for Keem.

The album begins on a rather somber note with “trademark usa,” thanks to its opening in which Baby Keem muses about mental troubles that arrived alongside his newfound fame and budding career. However, this aura of gloom does not last long, as it’s promptly eviscerated by an abrupt and aggressive beat switch which accompanies one of Keem’s hardest flows on the album.

The bass-heavy beat contains the ominous tone of an EKG machine flatline that lingers in the background, which fluctuates hypnotically throughout the song and fittingly complements Keem’s bars about “dancing on the corpses” of his adversaries, and subsequently the song’s hook which sinisterly repeats the refrain, “Shoutout to the dead.” Containing yet another beat switch that leads into a surprising Rosalía feature, the album’s opener is inarguably a standout track in Baby Keem’s career and perfectly sets the tone for the rest of the project.

Other standout hard hitters on the album include “range brothers (ft. Kendrick Lamar),” which contains one of the most elaborate beats on the album due to its combination of erratic hi-hats and a scintillating string progression — as well as top-notch verses from each artist, with Kendrick electing to go a peculiarly humorous route to punctuate the track — and “vent,” a song which vaunts the by far the most visceral energy on the album. When one combines bodacious horns, a ludicrously aggressive bass pattern, a hook in which Kendrick Lamar asks the listener if they’ve ever been punched in the face, and verses from Baby Keem that sound like he’s ready to do just that, the result is not surprising: one of hardest songs of 2021.

However, it’s important to note that Keem does not rely on the help of his cousin, Kendrick Lamar, to deliver a solid performance — only three of the sixteen tracks on The Melodic Blue contain a guest verse. More of the project’s highlights include the undeniably catchy “south africa” and the braggadocious “booman,” as well as two introspective tracks that constitute some of the album’s finest moments.

The first of these songs is “issues,” a song which sees Keem reflect on struggles with his inner demons as well as seemingly reaching out to a family member who has gone astray and now is absent in Keem’s life, all done over a minimalistic but well-structured beat that fits the tone of the song’s lyrics perfectly.

Second is “scars,” a song that samples Kanye West’s “Love Lockdown” and nestles the iconic track’s drumline alongside piano keys that accompany Keem’s bars, in which he cries out to God, looking for answers as to why he wrestles with so many insecurities and other difficulties in his life despite trying earnestly to always give his best effort. These two tracks show that Baby Keem is just as capable at concocting chart-topping thrill rides as he is at creating unforgettably vulnerable and emotionally moving experiences.

While The Melodic Blue has a few run-of-the-mill tracks and is still a bit rough around the edges, its lows never dip too low, and its highs are mountaintop experiences. It’s also essential to recognize that Baby Keem is only 20 years old, and that he’s a producer just as much as he is a rapper — proven by the fact that he boasts production credits on fourteen of the album’s sixteen songs. Keem has built upon the raw talent that was present on DIE FOR MY BITCH and put forth a debut album littered with excellent performances, unique production, and fraught with yet even more potential.

If anything, fans should be excited that Baby Keem has left a bit to be desired. The best way to describe the outlook of Keem’s future in the rap scene is by using his own words on “gorgeous” when he boldly declares, “Baby, I go toe-to-toe with the whole league”— give him a few years to fully actualize his potential, and the “league” will be struggling to keep up with him.