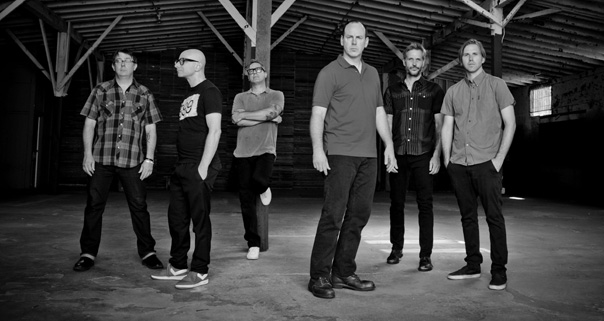 Did you see them rock Fallon?  Bad Religion is questing hard to showcase their brand spanking new album, “True North”.  These guys are in their late 40s but still have more energy than you.  Yeah, get off the couch.  The pioneering punk rockers are playing the War Memorial Auditorium on Wednesday, in downtown Nashville.

Why would I go all the way to Nashville you ask?  Aside from hopes to coincidently bump into Alternative masterminds like Dan Auerbach, Jack White, and Taylor Swift, (Just making sure your still awake with that last one) I want to witness the next chapter, first hand, of the Bad Religion Saga that has been loving it strong since 1979.

I listened to”21st Century Digital Boy” over and over before taking my first High School final.  I listened to “Sorrow” when my sister left for college.  I can’t wait to revisit classics like these, as well as new tracks like “f*** you” Wednesday Night.  Yeah, that’s the name of the song, “f*** you”.  They give zero f***s.

For those of you think an 8 hour drive is a bit problematic, you can catch Bad Religion in Chicago, April 5th, at the Congress Theater.