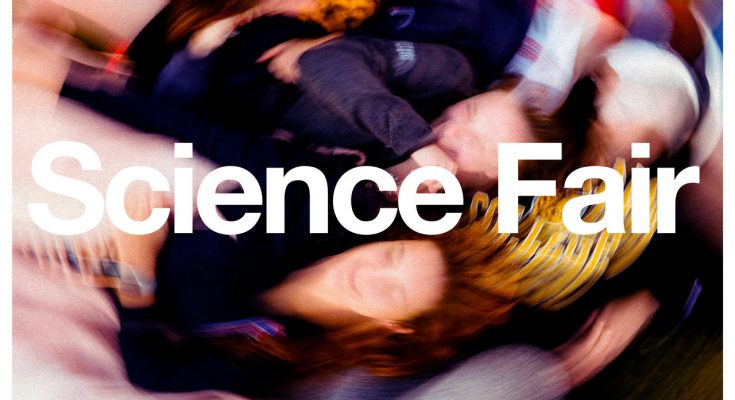 “I met her accidentally/ It was at the Cambridge Science Fair.” So begins the aptly-titled single from the up-and-coming post-rock band Black Country, New Road. “Science Fair” is just the third single the band has released, and rarely does a band with such a small amount of studio material garner as much excitement from music fans and critics alike. While the band has not offered fans a lot of material, the songs they have released are dense and rewarding, proving to be more than enough to salivate over for now.

Lead singles “Athens, FR” and “Sunglasses” are rife with grimy guitar tones and dissonant horns, oddly alluring and gloriously cacophonous. The most enticing aspect of the band, however, is lead singer Isaac Wood’s grim depictions of millennial angst, which are exhausted but still angry. Wood’s ability to conjure hyper-realistic scenes of emotional distress are unique in that the verses (typically spoken word or shouted) are filled to the brim with timely references that make their music more vivid rather than academic.

On “Science Fair,” the band is as distraught and self-aware as ever. In one of the opening lines, Wood refers to his band as “Just to think I could’ve left the fair with my dignity intact/ And fled from the stage with the world’s second best Slint tribute act.” All in one breath, Wood acknowledges the band’s hype, the embarrassing nature of their songs, and alludes to their contemporary Black Midi and a major influence on the band, Slint. Wood understands his music can be self-important and majorly dramatized. The whole mission of Black Country, New Road seems to be highlighting the weight of everyday transgressions on human emotions. This doesn’t make the music any less humiliating for Wood, however.

“Science Fair” also showcases the band’s impressive knack for tension-building, as the song doesn’t hit its climax until its final seconds. Leading up to this moment, there’s a downright jazzy breakdown, featuring a screeching sax solo that gives way to a spooky synth-line that wouldn’t sound out of place on band member Georgia Ellery’s side project Jockstrap.

Similar to Black Country, New Road’s other singles, some key allusions and explicit lyrics have been removed for the studio release of “Science Fair.” This is largely to the dismay of fans, as for many, the band’s biggest is Isaac Wood’s deft ability to weave blunt and scathing references into the band’s songs. Perhaps this is for the better though, as their music could be completely dated in five years otherwise.

With the release of “Science Fair” has also come the promotional roll-out for Black Country, New Road’s debut album, For the First Time. The album cover is complete with Helvetica font and an Instagram post of a young man wearing a Coldplay T-shirt and cargo shorts. This not-so-subtle shot at influencers and corporate social media fodder is very fitting for a band like Black Country, New Road.

With the release of “Science Fair,” For the First Time is shaping up to be one of the most promising debut albums in a while. While the album will be an exciting starting point for many, it may not have much to offer for those well-acquainted with the band already– half the tracklist has already been released and live versions are in circulation for the remaining songs.

No matter what the end product will sound like, one thing’s for certain- it will be engaging.

For the First Time is out February 5th and is available for pre-order now.