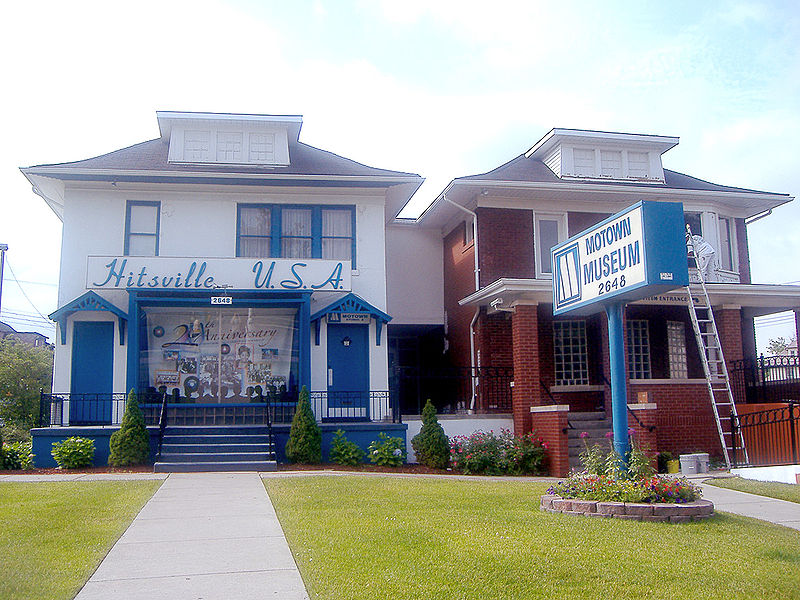 Motown, for all you dictionary buffs, is typically defined as, “music combining rhythm and blues and pop, or gospel rhythms and modern ballad harmony.” Fundamentally, this definition covers the basics of “Motortown” music (Motortown being a nickname for Detroit), but in my opinion, it is does leave one essential component out—soul.

It all began with a man named Berry Gordy. In January of 1959, 29 year old Gordy borrowed $800 dollars from his family to start Tamla Records. By the end of the year, he renamed it Motown Records. And the rest, as they say, is history. Over the next four years, Gordy dedicated his time to putting together an extensive staff of songwriters, musicians and producers, and by 1964 it was easily the most successful independent record company in the United States.

Smokey Robinson and the Miracles

The first real “Motown Sound” was released in 1958; it was a song by Gordy and his

friend and co-worker, “Smokey” Robinson, titled “Got a Job.” The song was rather tongue in cheek—it was written in response to the doo-wop track “Get a Job” made famous the year before by The Silhouettes, a trend that can still be seen in today’s music industry (Jay Z and Kid CuDi’s 99 Problems, anyone?).  Smokey Robinson and his band The Miracles were one of the first to sign onto Motown Records (while it was still called Tamla, in fact) and they proceeded to create hits like “You Really Got a Hold on Me” and “Tears of a Clown.”

“Got a Job” by Smokey Robinson and the Miracles

The Primettes (later The Supremes)

From here, musicians started rolling in. Another of Gordy’s big successes was found in The Primettes, a group of four African American women from Detroit. After a few years though, one of these ladies began to take the spotlight…her name was Diana Ross. The Primettes was thus transformed into Diana Ross and The Supremes, who then released hits such as “Stop! In the Name of Love” and “You Can’t Hurry Love.” The Supremes helped to make popular not only the Motown sound, but also the look—with their cute choreography and neat, matching hairstyles and outfits.

“Tears of Sorrow” by The Primettes (later The Supremes)

Gladys Knight and the Pips

By the mid-sixties, Berry Gordy’s uncanny ability to discover and make music that young people couldn’t get enough of merited Motown’s slogan, “The Sound of Young America.” He continued on to discover more amazing talent, including Gladys Knight and The Pips, a band formed originally in 1953 in Atlanta—whose lead singer, Gladys, was only 8 when the band began. After signing with Motown Records in 1966, the group released timeless tunes like “Midnight Train to Georgia” and “I Heard It Through the Grapevine.”

“Midnight Train to Georgia” by Gladys Knight and the Pips

And speaking of young talent—Berry Golding was the man who discovered a little group of five brothers, you might’ve heard of them, The Jackson 5? That’s right. Yet another feather in his cap was this familial group, who were to become arguably the most popular and successful of all of Motown music. This group, too, did wonders in terms of really encapsulating the “boy band” genre, paving the way for boy bands to come, like “New Kids on the Block,” “N Sync,” and “The Backstreet Boys.” The J5 were the first band to have their first four singles, “Want you Back,” “ABC,” “The Love You Save,” and “I’ll Be There,” on the top of the Billboard Hot 100.

After introducing the J5, Berry Gordy continued to wow the world with his ability to harvest talent and market music. The ever-fabulous Stevie Wonder signed onto Motown in the ‘70s and has remained with them since—he is the only remaining artist from the early Motown days still with Motown Records. The Motown industry, although its presence is not the same as it was back in the day, has inspired many genres—components of it can be seen in many forms of popular music, especially R&B and hip-hop.

“Don’t You Worry Bout a Thing” by Stevie Wonder