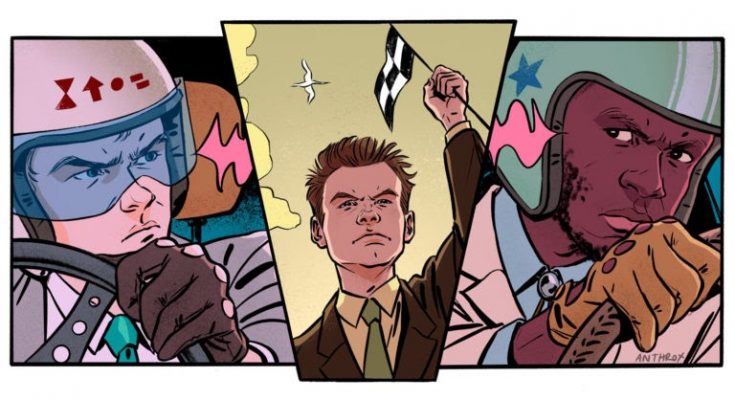 Experimental rock band Black Midi is back! Their new track, “John L,” is the first taste of their upcoming LP, Cavalcade. With their 2019 debut album Schlagenheim, Black Midi made a name for themselves as one of the most exciting names in rock music. The world of Black Midi is anxious, angular, and populated with off-kilter riffs, killer grooves, and oddball lyrics from the charismatic Geordie Greep.

This time around, there are two new additions to the Black Midi line-up: saxophonist Kaidi Akinnibi and keyboardist Seth Evans. Also notable is the founding guitarist Matt Kwasniewski-Kelvin is absent. Despite the shake-ups to the band, Black Midi hasn’t missed a beat. Picking up right where they left off, “John L” is as wildly intense and brilliantly expectation-defying as Schlagenheim was.

“John L” practically revels in the chaos. Without a second to breathe, the song opens with a punchy drum fill pitted against a jagged guitar riff. A sickly string section and saxophone, two new pieces of the Black Midi repertoire, introduce themselves with the song’s main melody. Then Greep steps in.

On “John L,” Greep delivers in a deadpan accent a story about a political figure’s chaotic arrival in town. His speech throws the town in a frenzy and the populus end up feeding him to the “anteater crew.” It’s a ridiculous story, but when Greep pauses to allow cascading pianos, deafening tension-building silences, and groovy breakdowns, the song becomes not only intense but intensely fun.

Along with “John L” is the B-side “Despair.” While not featured on Cavalcade’s tracklist, it still charts new territory for the band. Arguably their prettiest song yet, Greep’s warbly voice provides a great foil to its jangly guitar, and in its climax, deeply reverberated voices sigh and hum at the bottom of the mix.

This latest helping of Black Midi is absolutely mouth-watering and must-listen material for fans of experimental rock. Cavalcade is out via Rough Trade on May 28.