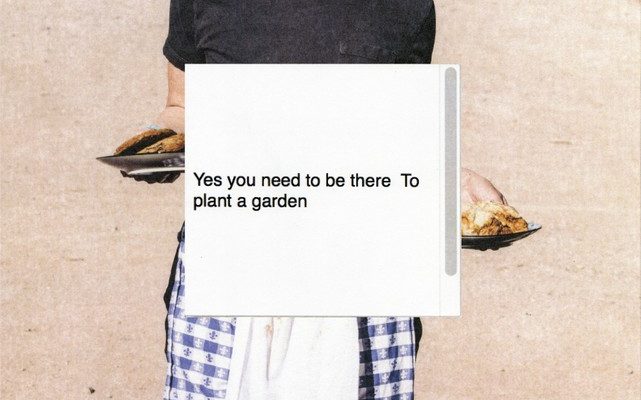 Bon Iver is back with two new singles, “Hey, Ma” and “U (Man Like).” Although it’s been three years since Bon Iver has released new music, Justin Vernon has kept busy by starting a duo side project, composing music for a modern dance piece, and hosted two music festivals, among other things. “Hey, Ma” has already moved up to Bon Iver’s number one track on Spotify, with “U (Man Like)” as number four.

“Hey, Ma” is the quintessential Bon Iver song, sounding like it belongs on Vernon’s debut album “Bon Iver.” As the title suggests, the song is about childhood memories and a mother’s affection. The lyric video is filled with home videos from Vernon’s childhood, giving us a glimpse into his family life. With the use of synths in combination with Vernon’s soothing voice, “Hey Ma” allows listeners to feel nostalgic about their past while escaping their present.

While I immediately loved “Hey, Ma,” it took me a few listens to come around to “U (Man Like).” It’s different from “Hey, Ma” in that it has a piano base and includes backup vocals from the Brooklyn Youth Chorus and soloists Jenn Wasner, Elsa Jensen, and Moses Sumney. “U (Man Like)” focuses on social issues in America, touching on poverty, wealth inequality, and opioid addiction. Unlike “Hey, Ma,” the lyric video is mostly graphics and includes a beginning message: “Song to every bad man, as a man, with love.”

There are so many lyrics to unpack, however, the two lines that stand out the most to me are: “How much caring is there of some American love / when there’s lovers sleeping in your streets?” The lines come in strong and draw attention to America’s homelessness problem. As the world’s largest country, how is it possible to have such a large homeless population? Vernon is actively involved in politics and many speculate that his upcoming album will focus on activism.

It’s been a long three years without new Bon Iver music, but it was well worth the wait. Both “Hey, Ma” and “U (Man Like)” are extremely well-crafted and carry the classic Bon Iver feel that fans know and love. Bon Iver is expected to a release a new album soon with both of these singles included on it, however, there is no release date at the moment. Right now, Bon Iver is touring with plans to stop in Chicago on October 4.