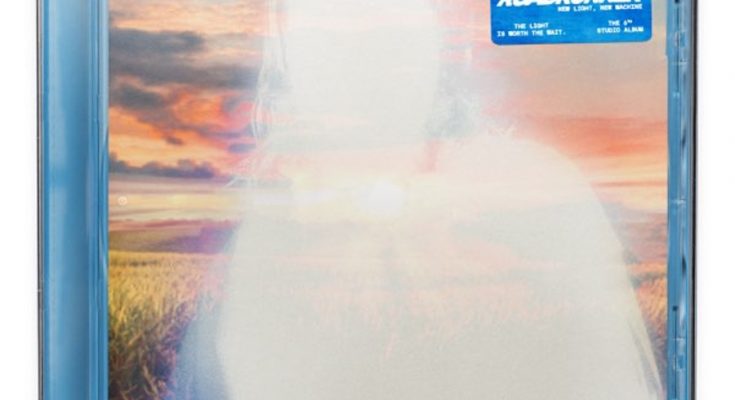 Brockhampton seemingly disappeared from the face of the earth last year after an explosive
last couple of years. The band had seen exponential growth in their popularity after their Saturation
trilogy, garnering critical and commercial success. Even after the departure of Ameer Vann, they
bounced back with Iridescence in 2018 and Ginger in 2019. Last year they released some self-produced,
rough singles and unofficially released them as Technical Difficulties, but we didn’t receive any official releases. This wasn’t helped by the social media silence from the Brockhampton members after
Technical Difficulties release as fans were left in suspense waiting for any news on an official release.

In January, we finally got the album title ROADRUNNER: NEW LIGHT, NEW MACHINE, received a few
singles in “Buzzcut” & “Count on Me” before release, and a full release on April 9th . The album features
many more artists than previous releases with the likes of A$AP Rocky, Danny Brown, and Charlie
Wilson. In fact, none of their previous albums had credited features. This is quite the change, and one
that I welcome, as features have become such an important part of modern music.

If there was any word to describe this album, it’d be “change”. You could say that about their
three previous albums as they experimented with their sound across all of them, but it isn’t just the
sound here. There’s a real change in tone and it finally feels like the band has moved on from past
turmoil. Iridescence was an angry, loud, and experimental album where the band let their emotions
guide the album for better and for worse. GINGER, in contrast to this, is somber and wallowing with hints
of acceptance. “DEARLY DEPARTED” on GINGER is an honest and haunting look back at Ameer being
kicked out from the band and finally an acknowledgment of what happened two years prior.
ROADRUNNER brings us back to the SATURATION days where the band has fun,
while also getting personal without their emotions misguiding their lyrics.

It’s clear that the band is back to it’s explosive and experimental roots with the intro track
“BUZZCUT” featuring Danny Brown. Kevin leads the band into the new album, exclaiming “Who let the
dope boys out!” and rapping on almost a tangent just speaking his mind. And who better to include then
Danny Brown, an explosive artist of his own, bringing his off-kilter voice and flow to this song. He’s a
fantastic feature that adds so much to the song for how short his part in it is.

Modified forms of “CHAIN ON” and “BANKROLL” from Technical Difficulties appear on
Roadrunner with different song structures. “CHAIN ON” is more drawn-out and lyrical than other tracks
on the album but really displays Brockhampton’s versatility; they can make a catchy track and hook but
also keep it laid-back. JPEGMAGIA works great on the track and has non-stop bars for his minute-long
feature. ”BANKROLL”, teased multiple times for the past two years, finally arrived with an extra A$AP
Ferg feature and multiple autotuned verses. The track isn’t as memorable as it could’ve been but it’s a
blessing that we finally received the full version.

Of course, it wouldn’t be a Brockhampton album without the great melodies. “DON’T SHOOT UP
THE PARTY” is very reminiscent of the band’s past work, complete with the Kevin Abstract hook and loud horns. The song isn’t as loud or as catchy but it’s great to see a throwback to their earlier
production styles. “OLD NEWS” has long time producer for the band Jabari Manwa on vocals for the
hook and he does a fantastic job. Each member featured on the song brings their own personal thoughts
and emotions to the track, including Joba, who caps off the song with one of the best verses on the
album.

On the most thoughtful song of the album, Joba and Kevin both air their frustrations and recent
struggles. Joba talks about recently losing his father to suicide and places us in his mind, with thoughts
like “Nothing ever goes as planned, couldn’t make amends / Forcibly pretend I don’t give a damn” and
“Master plans by the maker, I see no savior”. Kevin speaks on all the changes in his life, losing himself,
but at the same time realizing who he is and what he wants in life while accepting those things he
cannot change. “I still struggle with tellin’ my mom who I’m in love with” and “Somethin’ changed in
Texas, guess I missed the message” both convey these frustrations.

On Roadrunner, it’s clear that Brockhampton and its members are in a better place than their
past two albums and they can put a healthy amount of emotion into their music. Iridescense had an
unhealthy amount of anger, GINGER delved into their sorrows and worries, but Roadrunner is a complete
package with joy, pride, sorrow, and every other emotion. By solving their own issues and pushing past
tragedies, they’ve come out with a complete and more enjoyable work of art.