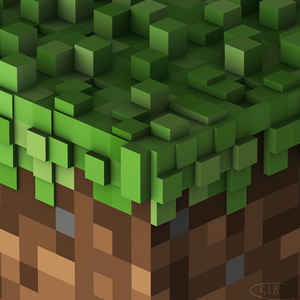 When reviewing an album like this, it is very important to talk about context. In my opinion, this is one of the most overlooked albums of all time. Not because people haven’t heard it, because everyone who has played Minecraft has, but because people just see it as “the music that plays in Minecraft” and not as a work of art. A lot of players don’t even notice the music, which could be argued as a point in this soundtrack’s favor as an ambient work. However, I don’t believe that calling this an ambient album is doing it justice.

All things considered, I think credit should be given where credit is due. German producer Daniel Rosenfeld, known professionally as C418, is largely responsible for the nostalgia of an entire generation. It’s important to note that sentimentality plays a large role in why people enjoy music. They attach it to the experiences they had while listening to it, or even that point in their life. For many, Minecraft – Volume Alpha is the soundtrack to their childhood. A better, more peaceful time with less responsibility in their lives. “Nostalgia compilations” featuring Minecraft music have gotten very popular in recent years, accruing hundreds of millions of total views on YouTube. This is an especially large feat considering how much music is out there in the age of the internet, leading to a collective sense of musical nostalgia becoming very rare.

Musically, this album is very simple. There are some synths, pianos, and a kalimba here and there throughout the tracklist. It is quiet, serene, beautiful, and even uplifting with some chiptune songs such as “Dog” and “Cat”. But even though there isn’t much here on paper, no other “ambient” record or any soundtrack for that matter evokes the same emotional responses from me, or most people for that matter, as Minecraft – Volume Alpha. While I concede that if it wasn’t attached to the top selling, and arguably the best, video game of all time, it wouldn’t have the same impact, I still want to point out that it is not easy to get emotional response from a listener, especially with a video game soundtrack. Many people have nostalgia for Super Nintendo games like Super Mario World, but nobody is going to cry while listening to the credits theme.  I personally find it hard not to get emotional when I hear the first chord of “Sweden”, and if you’re around my age, I’m willing to bet that you have memories of your childhood come flooding back when you hear it too.

So, to say that this album is purely background ambient music, or that it is barely music at all, or that “Brian Eno did it in the ‘70s” is very much understating the importance of this record, which I believe to be one of the most important releases of my lifetime.