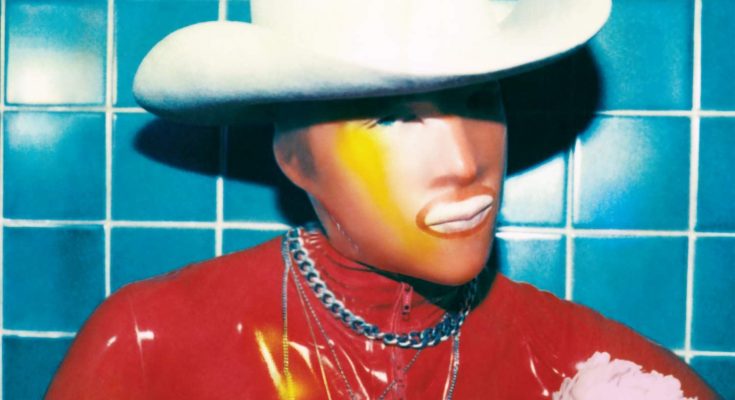 The long-awaited day has finally come into existence. April 19th. The releasing of Cage The Elephant’s fifth studio album “Social Cues”. The last album devoted fans heard was “Unpeeled,” an acoustic live twist of their previous hits, with covers of Daft Punk and The Stranglers. It’s been a hectic past couple of months for the band, with lead singer, Matt Shultz, recently going through the emotional turmoil of a divorce, putting a strangle over the band’s creativity. Nonetheless, he was able to charge his pain into his music, and now they have produced a beautifully crafted album. Consisting of 13 songs, each telling one portion of the story within the whole that is Shultz’s life. It is still the familiar sound that we all know and love, but with plays on darker motifs hidden within the lyrics.

“Broken Boy” opens the album, with a heavy punk riff and Shultz’s metallic voice, a grungier side of the band’s variety of sound, similar to past songs including “Teeth” and “It’s Just Forever.” It immediately throws us into Shultz’s tumultuous world, dealing with a new and foreign kind of heartbreak, but a pulsating fast-driven, fervent energy. The entirety of the album ultimately gives us a glance at the rebuilding of Shultz’s character and the painfully frustrating process of self-questioning. “Night Running” is an essential track, with the special addition of Beck, who also worked on the album along with the band, incorporating his own twist into the music. This song stands out, of course consisting of the usual alternative groove, but also adding a hint of dub-reggae, even resembling a musical style more similar to rapping. The pair pull off the novel duet smoothly, singing about what goes on eerily in the night, hence the title of the song.

The album progresses, never failing to completely entrance the listener in each of the pieces individually. Up to the exact moment when “Love’s The Only Way” plays, the songs have held a constant rhythm, with accentuated beats and a charged electric guitar, echoing the sounds of rock. Suddenly the tone becomes sullen, truly digging into the mourning of a shattered romance. It clashes with the energetic tracks preceding it, depicting the battle between feelings of anger, joy and deep melancholy. Somber, drawn-out strings serve as the introduction, with the later addition of a soft melodious guitar. Shultz enters with a despairful voice, barely whispering the words “There’s gotta be a place, love’s the only way” in the chorus. He sings dejectedly of wanting to rest from the heartache and find a place to let his soul grow, but there is a glimmer of hope. There is a slight resolve in the end, with Shultz concluding that love is truly the only way.

As the album draws to a close, with the highlight of Brad Shultz’s obstinate electric guitar and Daniel Tichenor’s booming, driving bass, the band decides to wrap up their masterpiece with “Goodbye.” It is crushing. Shultz sounds distant, and with the repetition of minor piano chords, there is the transformation of heartbreak into sound. The whole orchestra plays in anguish, the strings echoing melancholia, and Shultz singing in agony the words “Goodbye, goodbye, goodbye / I won’t cry, I won’t cry, I won’t cry / Lord knows how hard we tried.” The orchestra crescendos and reaches a beautiful climax, and then immediately descends into an ethereal ringing. This is the end. The finale of a romance, and the finale of an album.

Cage The Elephant achieves a remarkable feat, not only writing an album with multiple layers to every track, but telling a story through the power of music, allowing everyone listening and performing to hear, but most importantly to feel. All of the pieces drip of emotion, a skill Cage The Elephant has acquired over the years. Overall, the album displays the evolution of a modern rock band adapting to the experiences of the fellow band members while incorporating new ideas, becoming their fifth successful album.