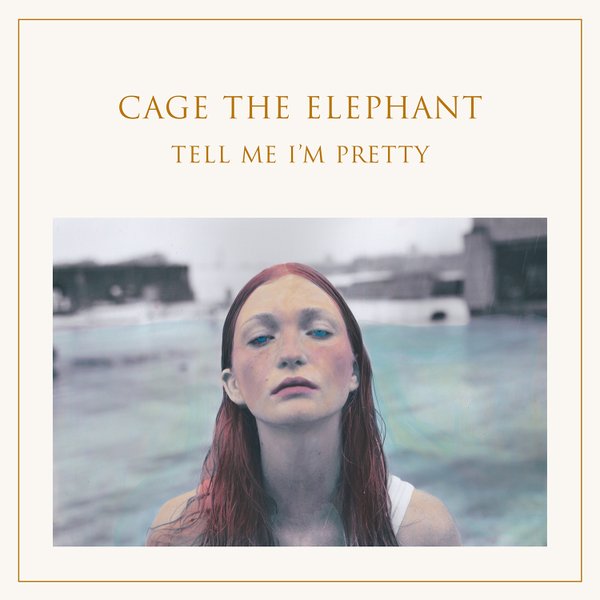 When I first heard about the upcoming release of the fourth Cage the Elephant album, I could not contain my excitement for it. I vividly recall the delightful moment I first heard the front man Matt Shultz’s voice on this band’s most popular release “Ain’t No Rest for the Wicked.” Since then Cage the Elephant has been the type of band that delivers on every aspect as not only musicians but as dedicated performers in the numerous festivals they have been in so far. It was no surprise that my expectations for their fourth studio album release Tell Me I’m Pretty were extremely high, for this band that is no stranger to success. This time around, Schultz and friends decided to work alongside the Black Keys’ Dan Auerbach. This Indie rock band attempted to create a much prettier collection of songs, in contrast to their usual organic and raw rock sound. Influences from other artists are extremely apparent, (sometimes a bit too obvious). At its best moments, Tell Me I’m Pretty sounds like a cross between a late Beatles album and the soundtrack of late-1960s film. This attempt to recreate a nostalgic sound and the growth of this band is worthy of being titled as pretty.

Their first single from the album, “Mess Around,” includes everything you expect from a Cage the Elephant song. An electrifying guitar solo and another great sing-along to reestablish that these Kentucky rockers “Don’t Mess Around.” However, there are very few tracks that contain similar high spirits that are reminiscent of the band’s last release Melophobia (2013). Like any smart band in it for the long haul, Cage the Elephant uses this album as a way to move forward in their development, while still giving fans what they enjoy most from their live sets. Tracks like “Punchin’ Bag” make even the boldest of statements while still maintaining their familiarity in sound. It’s worth the listen for its righteous vibe that lays down the bass in just the right way to make it the most memorable track off the album. Yet, tracks like “Trouble” fit closest to their earlier albums with the brash and raw-sounding edge in the guitar. Schultz reaffirms this by making a subtle reference in the line, “You know what they say the wicked ain’t get no rest.” Clearly, it does not hurt to acknowledge the song that started it all for this band.

There also seems to be more of dark, but soulful mood with the lyrics and subjects of some of the album’s songs. A track like “Sweetie Little Jean” presents the very tragic subject of the disappearance of girl, while Schultz contemplates “Has Melancholy taken you for good.” Even with the more laid-back tracks similar to this one, like “How Are You True,” you can still find yourself singing along. Throughout, you hear a lot of different influences such as the Pixies, the Doors, and Nirvana. The album often borderlines as all too familiar, but with Auerbach as producer it is clear that he had a heavy influence on their album. If Cage the Elephant was striving to create album that bring a lot of nostalgia and radio-friendly tracks, they surely have succeeded.

Cage the Elephant finds a great balance between not overdoing themselves and still making music that shows this band is still having fun with it. I look forward to the next single off this album, which will surely gives us the next great rock song to sing along to. Hopefully it will bring the same warm feeling in our hearts that as the feeling we get whenever we hear the opening chords of “Cigarette Daydreams” play on the radio.