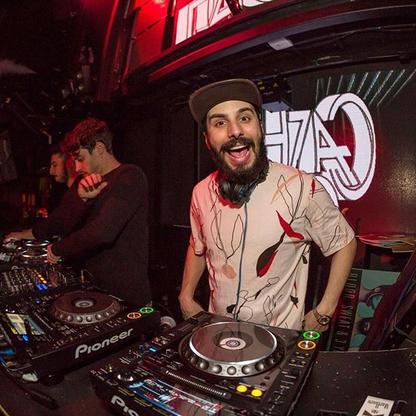 If you have ever wondered what it is like to be packed shoulder to shoulder with random strangers from a college campus, a Cash Cash concert is right for you. With increasing popularity throughout college campuses, it is no wonder that Cash Cash brought in such a crowd for their Must Be the Money Tour on the University of Illinois Urbana-Champaign campus. From start to finish, the concert was indescribably alive. The genre of EDM is a very unique type of music, drawing in a very diverse audience. The experience of an EDM concert is like no other and Cash Cash was no exception.

With Megaphonix and Summit opening the night, Cash Cash faced a challenge of exciting the crowd after two fairly calm, less “hyped” performances. This was no problem for Cash Cash. The crowd was immediately excited when the group took the stage. This performance being their second on the U of I campus, the group took the excitement level as a challenge. Multiple times, both members of Cash Cash mentioned the previous performance on campus and their intention of being more excited and even rowdier than their last appearance.

From the first song to the last, it was made very apparent that the use of smoke machines and confetti cannons are very important tools used to excite the crowd. At certain points in various songs, smoke or confetti cannons were blown off, which only enthused the crowd more. The performance aspect of the show played a large role in Cash Cash’s live presence. With the help of smoke and confetti, Cash Cash also relied on the use of an LED screen behind their equipment, featuring an array of lights, designs and graphics. Besides these electronic visual displays, both members of Cash Cash also often took to standing on the table, talking to the crowd or waving flags decorated with the Cash Cash logo.

Live performance relies on the actual presence of the artist and the actual performance of the music. Cash Cash played an array of songs throughout the night, spreading the popular, well known songs throughout the setlist. Starting off strong with the opener, Cash Cash moved on to play “Broken Drum” featuring Fitz and the Tantrums which obviously excited the crowd. Later on in the night, Cash Cash also covered their hit “Millionaire” featuring Nelly. With easy lyrics to remember, the crowd was able to sing along and fill the room with an unbeatable flood of voices. As the night began to close, Cash Cash’s setlist seemed to dwindle as well. Playing less popular songs and repeating phrases mostly covering “let’s get hyped!”, the performance was surprisingly drawn to a successful close with Cash Cash’s most popular song “Take Me Home” featuring Bebe Rexha.

Cash Cash’s performance was a mix of live presence and EDM performance. Handling both aspects of the show well, Cash Cash had a successful night at the Canopy Club on campus. Although the show became repetitive near the finale, Cash Cash easily closed the show with their most popular song, leaving the audience satisfied and forgetful of the continual actions of the performers. With such a strong fanbase and general interest of the public, Cash Cash easily won over the audience and earned their right to be back on campus, continuing to uphold their reputation as talented and captivating EDM artists. 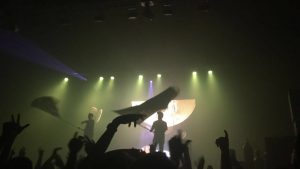 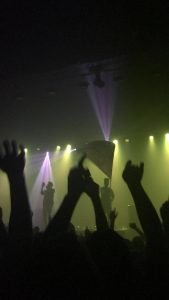 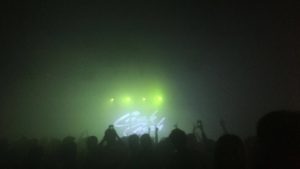