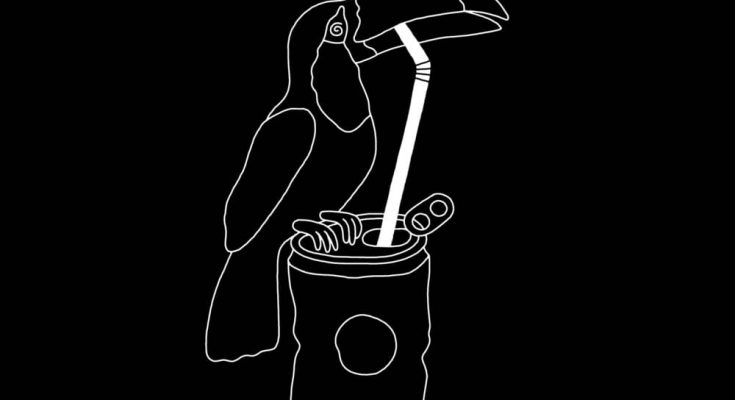 “Longshot” is a lively song to start off the album. This song seems to be referring to their success as a band. Any band takes a risk, they might make it big but they could also fail. However, Catfish and the Bottlemen took the longshot and made it, their hard work paid off and their happiness is shown throughout the lyrics and music within this song.

The next song, “Fluctuate” is one of my favorites on the album. Like the title, this song goes back and forth from two different views of a relationship. The verses sound a lot angrier while the lead singer sings about the bad parts of that relationship. This is done through the lead singer’s, Van, pauses after each word. Then the chorus has a lot more whimsical, dreamy flow to it while the lyrics change to good memories from a relationship. I feel like this song is very well done and expresses the good and bad memories that come from past relationships in an excellent way.

After an angry back and forth song, “2all” brings a much more positive vibe to the album. This song is about giving your love and effort to those who matter to you. It’s a song with a sweet message but doesn’t lose the band’s familiar sound.

“Conversation” is another one of my favorite songs on the album. I did some research and found out this song is about Van’s, the lead singer, father. In this song, Van sings about how they understand each other and he finds peace in their conversations. Additionally, his dad keeps him grounded when life out of hand. Like “2all,” this is a sweet song that does not drift away from the band’s sound. I like how the lyrics do not specifically mention Van’s father because I think many people can relate this song to relationships in their own lives.

The next few songs were quite similar. Nothing about them struck out to me as special. Catfish and the Bottlemen do not take many risks. However, with their “Intermission” I could see them experimenting with their instruments. Like most intermissions, the band gave their instruments some time to shine in this song. I hope that this is a preview for some later styles that they will play with. In “Mission” I can also sense different styles and some experimentation.

One more song on the album that I really enjoy is “Basically.” This is a quite sassy song that is about going back and forth on the same issues within a relationship. There is something about the intensity from the back and forth with this song that makes it really catchy and stick out to me.

I really enjoy Catfish and the Bottlemen. Their sound is unique and every song is filled with a lot of power, making them an excellent band for performing live. Unfortunately, after a while, a lot of their songs start to sound the same. I can hear some slight experimentation within some of their songs and I wish they would deviate from their usual song formula. Hopefully in their next album we will see some more risks and experimentation.

Alex is a senior from the suburbs of Chicago studying advertising and is a web writer for WPGU. She loves reading historical fiction novels, looking at corgis and drawing flowers.

View all posts by Alex Marusarz →