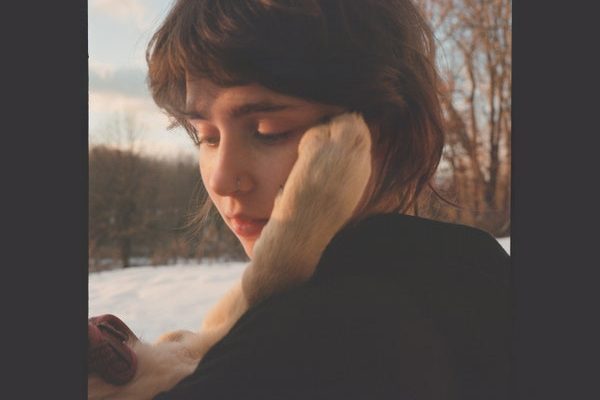 Claire Cottrill, or better known by her stage name Clairo, is most widely recognized for her soft, bedroom pop style of music. She gained a massive following after the release of her song and music video “Pretty Girl” and continued to gain traction with the release of singles such as “Flaming Hot Cheetos” and “4Ever” and her first album Immunity. Now, it seems that Cottrill has graduated to a much more mature sound with her sophomore album, Sling. Released in mid July of 2021, Sling has a much more acoustic, almost folksy feel compared to her earlier work. Her lyrical work is also much more mature and delves into much heavier topics such as mental illness, emotional abuse, and motherhood.

The album opens with “Bambi”, a light, simple tune that incorporates an interesting use of clarinet and saxophone in the bridge. It very much sets the tune for the gentle, pure sound of the rest of the album. However, the lyrics are surprisingly vague and ambiguous, a stark contrast from much of her earlier work. Much of her lyrical work on Immunity and her singles is very direct and easy to understand. On this track and in much of the rest of the album, the lyrics are much more poetic and enigmatic.

The most popular track on the album is the second track, “Amoeba”. “Amoeba” is a comparably faster, more uptempo track with an urgent tone that contrasts the sweetness of Cottrill’s voice. It is unique in its composition, with a groovy, electronic synth melody that does not appear in the rest of the album. The lyrics touch on Cottrill’s mental health struggles, as well as reflection on where her priorities lay in her life. In a Rolling Stone interview from August, Cottrill states “It’s about prioritizing the wrong things. I’d go out on tour and forget to call my family and my friends, forget to eat, then come home and realize my hair’s falling out because I’m not taking care of myself”.

One of my personal favorite tracks on the album is “Zinnias”. The lyrics struck me as being particularly raw and meaningful, and they reminded me of my relationship with my childhood and hometown. My favorite line in the song is “Quietly I’m tempted, sure sounds nice to settle down for a while/ Let the real estate show itself to me”. These lyrics display Cottrill’s relationship with domesticity as well as her relationships with different people in her life. The complexity of the emotions she writes about displays her growth in maturity as an artist.

“Blouse” was released prior to the release of Sling, so it was the first track on the album that I heard. I was immediately surprised by the sound of it, given that Cottrill is well known for her bedroom pop work. After one listen being completely entranced by her novel folk sound, I listened again and tried to process the lyrics. The lyrics transparently talk about sexualization of women and how they aren’t taken seriously in professional and even domestic environments. This track is another standout to me because of the importance of the lyrical content, as well as the sweet but almost haunting melody.

Sling draws inspiration from a few different musical genres. The album overall has consistency in its sound without being tired. Some musical elements that stand out in particular are the orchestral bluegrass influences in “Management”, the use of electric guitar and horns to create a blues feel in “Wade”, and the lengthy grand piano solo in “Joanie”.

The album also clearly draws influence on folk singer-songwriters from the 1960s and 1970s. Many of the tracks have a Carole King-type quality that brings a certain nostalgia to the album. One track that displays these qualities is “Reaper”. It reminded me of a Rumors-era Fleetwood Mac song with its easy tempo and intricate acoustic work. Again, this was somewhat unexpected from Cottrill but paid off well in the long run.

This album is mature, sophisticated, and very clearly shows Cottrill’s growth as a musical and lyrical artist. She has stated in multiple interviews that this album was needed, as she was planning on stopping writing music forever without it. If this is the future of Cottrill’s sound, I believe that she is headed in the right direction. Sling is nothing short of a perfect fall album, complete with its unique instrumental work and angelic vocals.