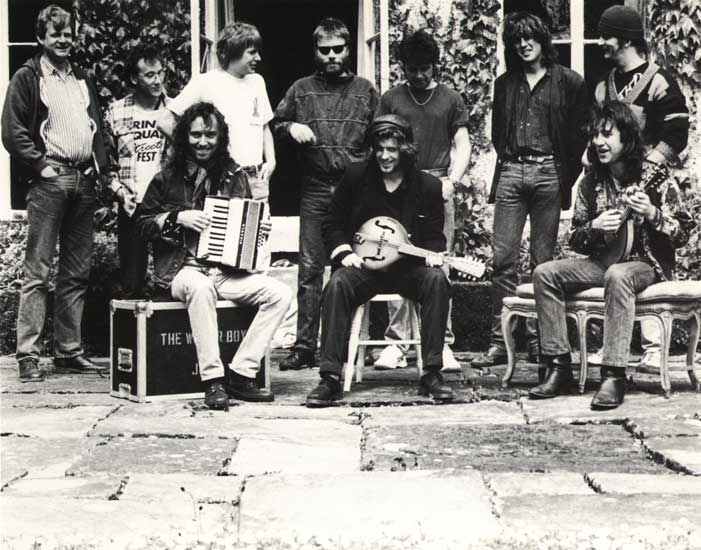 Not many bands can say that they have had over 50 musicians throughout the course of their existence. The Waterboys, however, are both an exception to this rule and a band you might not know, as they never quite reached commercial success (unfortunately). But you probably are very, very familiar with a lot of bands that they have influenced over the years.
Formed in the United Kingdom in 1983 by Mike Scott (no relation to Steve Carrell’s Michael Scott, Office fans.), The Waterboys have had musicians from Scotland, Ireland and England that allowed them to create a fusion of alternative rock, folk rock and Celtic folk music. Scott has consistently been the lead vocalist and primary songwriter for the band. Though, obviously, many of the 50 musicians were only briefly involved, a few other members spent significant amounts of time in The Waterboys, such as Scottish trumpet player Roddy Lorimer and British drummer Kevin Wilkinson.
Though The Waterboys found a home and comfort zone in their eclectic mix of Celtic folk and rock, they have toyed with other music styles. From 1983 to 1985, while their first three albums were released, they were considered “The Big Music.” At this stage, they had your typical rock and roll sound, but they combined it with a rich horn section and synthpop keyboards. This period in their sound greatly influenced the likes of Simple Minds and Big Country. This is when they came out with their hit single “Whole of the Moon” off the 1985 album This is the Sea, which is posted at the bottom of the article. 🙂
After 1985, The Waterboys relocated from Edinburgh, Scotland to Dublin, Ireland. Their new environment and a new member (or 49?) led to a drastic and awesome sound change. They traded in their brass section and synthpop keyboard for fiddles, flutes, harmonicas, accordions and other usually unexpected instruments for their Celtic folk inspiration. This evolution can be seen in the 1988 album Fisherman’s Blues and was fully set in stone by the time their fifth album, Room to Roam, came out in 1990.
The Waterboys, who were compared to Bob Dylan and David Bowie in their prime, influenced artists like Pearl Jam’s Eddie Vedder, The Decemberist’s Colin Meloy and U2’s Bono. Though they fell apart in 1993, after a decade of making music, The Waterboys reformed in 2000 with a new array of members plus, of course, the everlasting singer-songwriter Mike Scott.

The Water Boys – The Whole Of The Moon