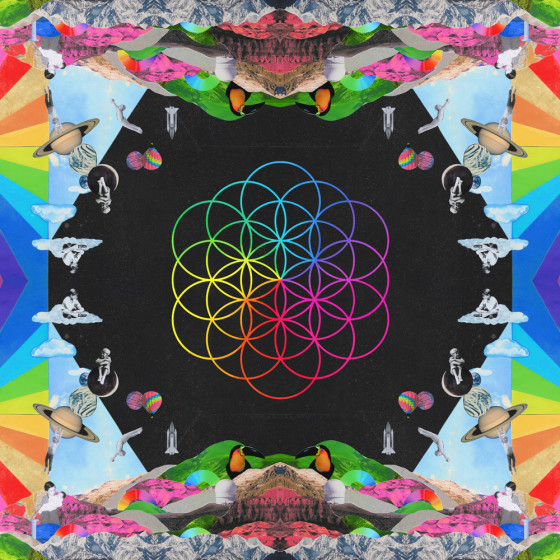 Since their genesis in 1996 and first LP release in 2000, it’s nearly impossible to think of a contemporary band that developed as much as Coldplay. The band (that everyone seems to love to hate or hates to love) started with the quintessential hit “Yellow,” wound through the aptly dramatic “Fix You,” and has perhaps reached the end with “Adventure Of A Lifetime.” Which is perhaps the most fitting title for their single, given the very nature of how the band works. With seven albums in the span of 15 years, the band has gone through more changes than a 15-year-old person — which is only slightly hyperbolic. And much of that is due to the emotional roller coaster that comes with a marriage, the birth of two children, a death in the family, a divorce and the subsequent recovery. The metamorphosis of their sound is due to the changing ways and expressions of emotion, but it perfectly resembles the adventure of a lifetime.

Making it even more fitting that the closing track, “Up&Up,” has a gospel-like mantra: “We’re gonna get it together somehow.” Coldplay isn’t just the rock band with a few poppier singles. They’re a completely different beast. Each album they’ve released has a distinct sound that marks their evolution, and A Head Full of Dreams is no different. It’s anthemic and psychedelic, with some songs — “Adventure of A Lifetime” in particular — bordering on techno (which Chris Martin has taken a liking to recently). Other songs are more reflective or reminiscent of their older styles. Never repetitive, but instead it serves as a meta homage to where they’ve come from. “Everglow” has the simplicity of “Magic,” and features Martin’s ex-wife, Gwyneth Paltrow on background vocals. “Colour Spectrum” has Mylo Xyloto’s more wild and percussion-infused instrumentation, with “Amazing Day” encompassing their older Rush of Blood styles.

On the whole, AHFOD is brighter and more imaginative than their previous albums, with the band forcing themselves to extend out of their standard boxes. Listeners have gotten senses of their collaborative powers in the past — “Til Kingdom Come” was planned as a duet with Johnny Cash before his death, “Lost+” featured Jay-Z, Martin helped Kanye West in the Chicago-anthem “Homecoming,” and nobody could forget Rihanna’s part in “Princess of China.” AHFOD highlights Tove Lo, President Obama and Beyonce (along with her daughter, Blue Ivy). Still, the record shouldn’t just be acclaimed for all of the growth it proves or all of the things it tried. It should be instead be praised for how well it pulls it all off.

“Birds” is full of sounds that evolve from the opening of “Faith” by George Michael to the chorus of “Under Cover of Darkness” by the Strokes. Those striking similarities merge together with a unique ditty trailing throughout the tune that serves as a perfect backdrop to Chris Martin’s falsetto vocals, which are rarely boasted. It is this repeated desire to prove that you can teach old dogs new tricks, the pure ambition that went into this album. They wanted it to be something they would be immensely proud of, so they held nothing back. Everything creates a messy, new, chaotic, perfect amalgamation of talent and daring. Rumors have swirled that this will be their last album. If it is, they’ve surely gone out on an unforgettable bang.

Author’s note: The hidden Easter egg for longtime fans of the band is thankfully carried on, as well! For those who don’t know, on each album, Champion, Buckland, Berryman and Martin set a personal goal to have at least three tracks start with the same first letter. On Parachutes, it was “S,” X&Y contained three with “S” and three with “T,” Viva La Vida or Death and All His Friends was “L,” Mylo Xyloto had both “U” and “M,” and A Rush of Blood to the Head, Ghost Stories and A Head Full of Dreams all having titles starting with “A.” Nicely done, guys.