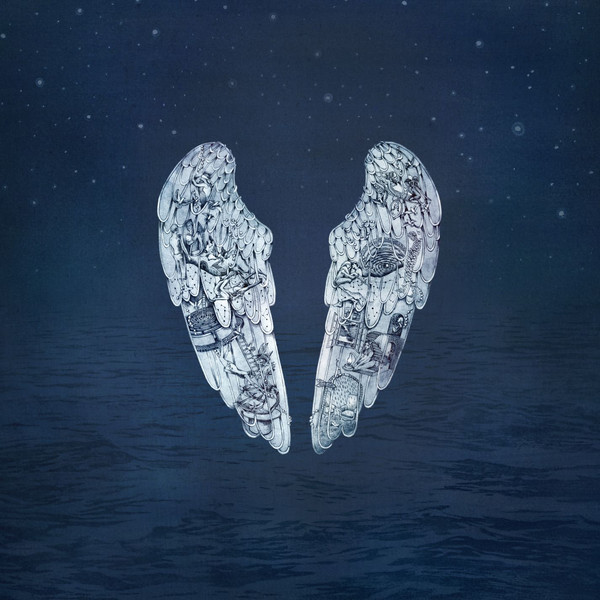 Whether it be due to massive album sales, flashy collaborations, some of the world’s most lucrative tours or even Chris Martin’s gargantuan celebrity personal life, Coldplay is arguably deserving of the title “Biggest Band In The World”. Having sold out arenas from Brazil to Glasgow, the quartet from London, England have displayed a mature contentment with their fame not found in many bands – it seems the more famous they get the more stable they become and the more unlikely a break-up seems. Though this is often mistaken for complacency or mundanity, Coldplay have consistently proven to reach one of the most diverse, largest, and vibrant listener bases of any band in the history of modern rock music, and that in itself is irrefutably remarkable.

I’m not saying some of the criticism of Coldplay is unwarranted, however. Their all-encompassing popularity stems primarily from a catalogue based in sweeping anthems. While tracks like “Every Teardrop Is A Waterfall” and “Viva La Vida” have become smash radio successes, for example, they lack a distinct personal nature, and Coldplay’s albums have, by and large, followed suit. This week’s release of Ghost Stories, however, tries to change that, showcasing intimate personal struggles over rousing tracks suited for arenas. While this is only marginally successful, it is perhaps the first turn towards this type of style since the band’s debut album Parachutes. Whenever one of the biggest bands in the world decides to transition to a lower key style, there are bumps, but the action is commendable nonetheless.

Make no mistake: due to instances in frontman Chris Martin’s personal life, Ghost Stories is a breakup album. Thus, the album itself is a tamer, and perhaps less ambitious, effort than Coldplay’s 2011 record: Mylo Xyloto. While both Mylo Xyloto and Viva La Vida or Death and All His Friends called on superstar producer Brian Eno to assist in crafting an image, Ghost Stories has dropped Eno in favour of collaboration, including Avicii, Paul Epworth, and Daniel Green. This is not to say that the band has abandoned the arena ballad, perhaps the emotional climax of the album is the second-to-last track “A Sky Full Of Stars”, in which Martin places sweeping lyrics over a typical Coldplay track with driving drums and an immensely catchy keyboard melody to make something rousing that, for fans like me, conjures images of Mr. Martin losing himself in dance on stage as he has done with so many of these anthems previously.

With that being said, “A Sky Full of Stars” is a perhaps the most upbeat moment of the entire record, with other tracks like “Another’s Arms”, “Ink”, and the beautiful closing track “O” taking a more raw, emotional stance with less pomp and circumstance than one would expect from Coldplay. There are two rather important musical themes throughout Ghost Stories. The first of which is minimalism which shines through in the band’s second single “Magic”. Sparsely populated by simple drums and only a smattering of guitar and keyboard, the focus is instead in the lyricism of Martin and in turn, the subdued nature of the entire album (“I just got broken, broken into two/Still I call it magic when I’m next to you”) while in typical Coldplay fashion ending on a positive note (“And if you were to ask me/After all that we’ve been through/’Still believe in magic?’/Yes, I do”). Coldplay succeeds in this minimalist approach, and the album is better because of it.

The second theme of Ghost Stories is the heavy influence from electronic dance music. While this has been present in previous Coldplay efforts like “Paradise” and Rihanna’s appearance on “Princess of China”, it has never been used quite as abstractly as it has been employed on Ghost Stories. EDM’s most substantial influence is present in the lead single “Midnight”. When it first came I, like many people, though it didn’t sound a thing like Coldplay, but rather someone trying to be something they’re not. Though I’ve since come to appreciate the track, and the EDM influence, it seems to detract from the minimalist nature of the album, and in doing so, places Coldplay in a constant battle between regression and progression.

As I said before, Ghost Stories is quite clearly a break-up album. With a massive band like Coldplay, however, the band certainly runs the risk that the album is less a window into the emotion of Martin (or any other of the band members, for that matter), but rather a cheesy and non-genuine effort simply made to send the band in a new direction while also continuing to sell records off of the clout generated by Martin’s personal life. If history is any indication, however, it would appear that it is just Coldplay’s nature to take personal instances and blow them up so that they’re applicable to a large audience. While some people (I’m looking at you, Urbana hipster community) see this as a cause for alarm, it is a talent more than anything else.

Ghost Stories certainly isn’t going to stop Coldplay from being the punch-line of many jokes from arrogant music snobs, but it does allow them to appeal to an even larger audience than ever previously while also creating something more low-key than they have done since their beginnings. Personally, I would never want my break-up to be the focus of an entire album, especially if I were arguably the most prevalent musician in the world, but I’ll leave that decision up to Chris Martin and the band, who seem to know what they’re doing. Cheers, mates.