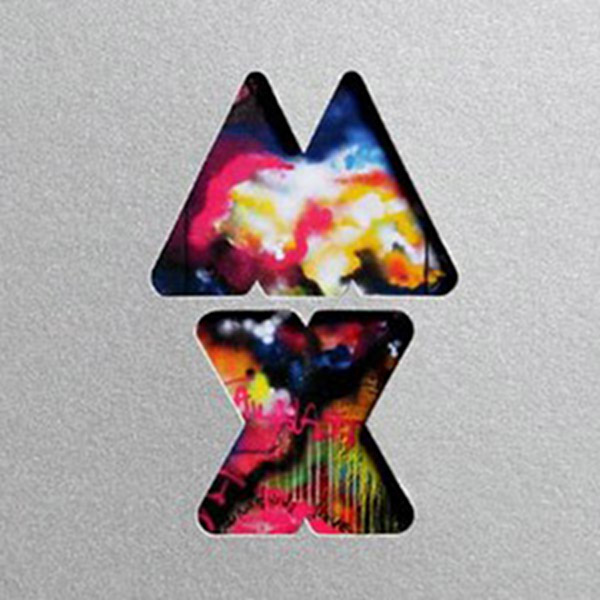 When the average music fan thinks of Coldplay, they either think of the infamous 40 Year Old Virgin joke or they think of a fantastic British rock band.  I, personally, would be a member of the second category.  I have loved Coldplay since my dad first played A Rush of Blood To the Head for me in 5th grade.  It still stands to be one of my favorite albums.

Though they are constantly degraded for being too mainstream, repetitive, and whiny, the quartet of British rockstars has sold over 50 million albums and have won 7 Grammy awards, making them arguably the most highly touted rock band of the modern generation.

Coldplay’s signature style of anthemic, elevating piano-based rock has certainly evolved with the release of their 5th album, Mylo Xyloto.  Contrary to their first album Parachutes, or even to A Rush of Blood to the Head, Mylo Xyloto sounds much more musically intricate; sometimes to the point of sounding over-produced.

“Hurts Like Heaven”, Mylo Xyloto‘s fast-paced starter track, has auto-tuned (yes, we’re talking Kanye West 808’s and Heartbreaks auto-tune) harmonies which make lead singer Chris Martin sound a bit robotic and artificial.  Though on the whole, the song’s high energy kick starts Mylo Xyloto.  Also, “Princess of China”, arguably the album’s worst track, is a mess of overproduction…featuring Rihanna…What?  Did I hear that right?  Rihanna on a Coldplay album?  The pop princess adds little to nothing to the track, begging the question of why she was necessary on it.  The more one listens to the albums, the less they tend to notice or be bothered by these effects, instead recognizing the combined melodies and delicate yet powerful instrumentals.

I have come to appreciate some of the production (done by superstar producer Brian Eno), such as the explosion of strings and synths on the track “Paradise”.  The best songs on the album, however, are those that channel classic Coldplay.  Songs like “Charlie Brown” and “Us Against The World” seem to utilize the same catchy guitar riffs and acute lyrics that Coldplay fans adore, and are sure to be the next hits.

On the whole, I’d say this is a splendid album.  I have heard many arguments saying that Coldplay have gone “pop” with this album.  To this I would respond, yes,  it is a slight departure from the Coldplay that the world knows, but it is best for a band to continue to evolve…even if it takes 5 albums.

Key Tracks: “Charlie Brown” “Us Against The World” “Don’t Let It Break Your Heart.

RIYL: Radiohead, Wilco, and U2