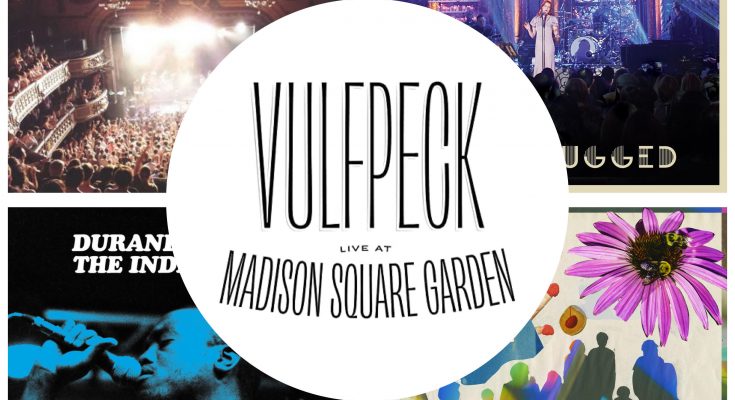 Like many, you may find yourself missing live music. During quarantine and currently, I have been turning to various artists’ livestreams, as well as live albums! With the Pygmalion Festival happening this weekend virtually, I have been reminiscing on all of the wonderful groups I have had the privilege of seeing at Urbana-Champaign festival over the last few years. With Pygmalion in mind, I have found myself streaming live albums all the way through, attempting to fill the void in my heart! What I love about the albums below, music aside, is the feeling you get from hearing the crowd’s applause or the performers speaking with the crowd. There is something about attending a concert and having that special, shared experience with a room full of strangers. Nothing can quite replace seeing a show in real time, but hopefully this can give you that live music fix for now.

This one is an oldie, but a goodie for me. Earlier in quarantine, my brother showed me the movie Big Easy Express, which follows Edward Sharpe and the Magnetic Zeroes, Old Crow Medicine Show, and Mumford and Sons as they tour out west via a vintage train. Much of this album was recorded while on this tour with the folk groups. After watching this movie, my love for this live album resurfaced. My personal favorite track on this album is “Up From Below,” but be sure to also hit the always classic, “Home,” where the crowd shares personal anecdotes with the group.

After seeing Florence + The Machine live, I personally would not like to listen to her any other way. Florence Welch’s broad range is meant to fill large spaces. Her riffing and ad libs transcend this dimension in her MTV Unplugged album. In addition to hits off of Ceremonials and Lungs, Welch pays her respects to the Man in Black with a lively cover of “Jackson,” featuring Josh Homme.

The second half of this album provides a lovely glimpse into a live show with Durand Jones & The Indications, with live recordings from the band’s birthplace in Bloomington at Indiana University, as well as a show in Boston. The relatively new group leans heavily into elements of soul while staying modern. Durand Jones & the Indications stays smooth start to finish on this album, but most notably on “Can’t Keep My Cool.”

Having never been to a Sylvan Esso concert, this album was an experience for me. The primarily pop-electronic artist takes on an entirely new sound in this live album. Although electronic elements in her songs remain, the large majority of the songs that are normally electronic are played on instruments. She also ties in various back up singers, filling this album with beautiful, soothing harmonies. If you don’t have time to listen all the way through, check out “Wolf” or “Sound,” and you will want to stay for more.

I have known Vulfpeck for a while, mainly because of their popular song “Wait for the Moment.” Last week, my roommate put on this album, and I was blown away. Vulfpeck is a funk band with booming horn sections. What I love most about this album is you feel like you are at Madison Square Garden with the group. I find myself laughing at the band member’s jokes caught on the audio and hootin’ and hollerin’ with the crowd after a great trumpet solo. If you are missing the experience of a live show, this is definitely the one for you.