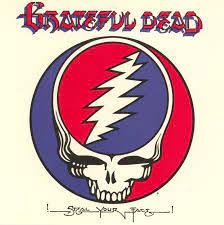 In the 70s, concert culture took a major turn with the formation of a community calling themselves Deadheads. Those who used to attend Grateful Dead concerts decided that one show wasn’t enough for them and would instead follow the band across the country as they toured, vastly altering their sets and culture as a band and ultimately, a budding community.

Those who attended Grateful Dead concerts in the 70s and enjoyed their music were typically marked as hippies, but the music from the band was simply being applied to their lifestyle and their choice to dedicate themselves to attending all these concerts across the country, one after the other. The music emphasizes free will, carefree joy, a folksy sense of tranquility, and comradery that is hard to find in popular music today. This, along with the band’s unique style of live music, made seeing 4, 5, or even 10 concerts in a row an absolute must.

The Grateful Dead, among bands like Phish, do something called a “space” jam or improv, where instead of signing their song, they will cut it by playing minutes of unscripted music that they each build upon with their own separate instruments. They would also do a drum solo, which they dubbed “drums”, which would be a precursor to the jam, pumping up the crowd and making sure all band members were involved in the music making. Because of this impromptu form of live music, which happened multiple times a show, Deadheads never really saw the same concert twice, and the carefree nature of the Grateful Dead’s music carried on for years because of their fans’ support. The Grateful Dead were pioneers in the art of live music, and oftentimes playing two full sets in a night and almost always had an encore. The collection of the jam and the way the Grateful Dead treated their fans transformed the way future performers related their music to their own following.

The Grateful Dead will always be known as “hippie music” to some people, but for those who can appreciate the music and can proudly call themselves Deadheads, the music is more than a sound, and the concert is more than live music. Grateful Dead drummer Mickey Hart once said they weren’t in the “music business, they were in the transportation business,” meaning that their music wasn’t meant to simply be listened to but felt, and Deadheads across the country definitely agreed with this message. Although many of the key members–like lead guitarist and vocalist Jerry Garcia–are dead now, guitarist Mickey Hart and drummer Bob Weir still travel with a Grateful Dead cover band called Dead and Company, who keep the culture alive and recruit new Deadheads to their ranks every year. It is led by John Mayer who now has taken over Jerry’s role as lead vocalist. They still tour and play to this day.