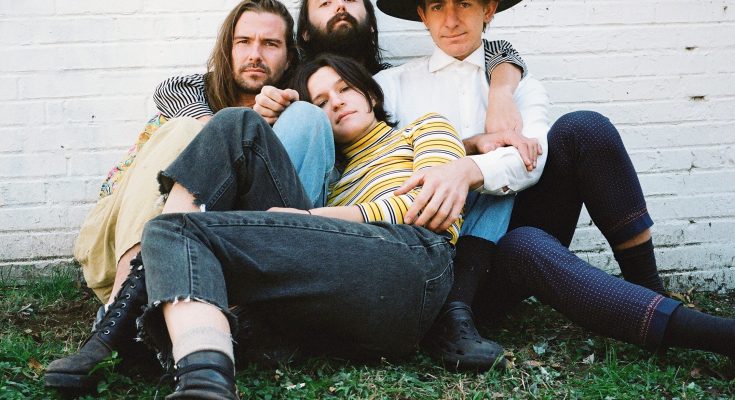 Big Thief is a four-piece indie rock band that originated in Brooklyn, New York. In early September, my friends and I took a mini-road trip to St. Louis, MO to see Big Thief perform at The Pageant, an intimate venue in the Delmar Loop.

The Pageant required attendees to be vaccinated and/or to have received a negative test in the last two days. Additionally, The Pageant required all concertgoers to wear masks at the show. I was initially nervous to be in the space because the COVID-19 pandemic continues to loom at the forefront of my mind. When we entered the venue, however, I was surprised (and happy) to see that everyone was following mask guidelines. It was one of the most respectful crowds that I have been a part of.

Big Thief’s performance that night was somehow earthly and celestial at the same time. Both the band’s aura and music felt like something growing up through the soil, rustling the leaves, rippling across the water, and disappearing into the sky. Adrianne Lenker’s haunting vocals, seemingly derived of ancient magic, captivated the crowd as the band opened with “ingydar”, a selection from Lenker’s solo album songs. “ingydar” was not what I was expecting Big Thief to open with, and Lenker’s words transported me to another time:

While re-listening to the band’s discography before the concert, I decided that the peak of the setlist would likely be “Masterpiece”, one of the band’s most popular and fast-paced songs from their first album of the same name. While the energy lifted during “Masterpiece”, the real high was the band’s performance of “Not” from their 2019 album Two Hands. When Adrianne Lenker snarled the lyrics “it’s not the hunger revealing”, the audience screamed along and then lost it completely as Lenker and Buck Meek (Lenker’s ex-husband and co-founder of Big Thief… Fleetwood Mac band drama, who?) battled it out on their guitars.

While Big Thief has four albums (Masterpiece, Capacity, Two Hands, U.F.O.F) to draw material from, the band played six unreleased songs which appear to be on their upcoming (but not officially announced) fifth album. Big Thief also played “Certainty”, my favorite of three singles released in early September, only a few days before I saw the band perform at The Pageant. Based on the new singles and the unreleased material performed at the concert, Big Thief’s new album has the potential to be one of my favorite releases of the year.

The concert was a transcendent experience, something deeply grounded yet also of the stars and planets. If you get the chance, go see Big Thief in concert, and as always, get vaccinated first and wear a mask. If you can’t catch them live this time, make sure you check out their upcoming fifth album – whenever they decide to release it.

Can you get a set list? Yes, you can.

“Once a Buncha Times” unreleased

You can listen to all released songs in the playlist below.