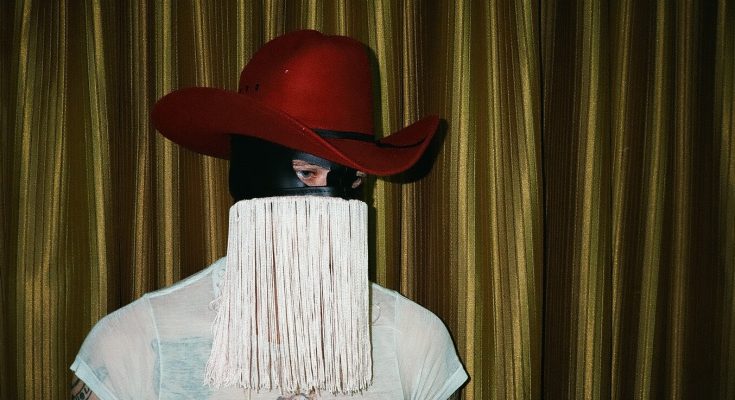 Live music across the U.S. continues to make a comeback, even as the Delta variant of COVID-19 threatens to send the country reeling backwards. In early August, music lovers flocked to St. Charles, Iowa – a small town about 25 minutes south of Des Moines. St. Charles is home to less than one thousand people, but the Hinterland Music Festival draws thousands of concertgoers from all over the Midwest (and likely the country) to see artists perform at the Avenue of the Saints Amphitheater.

Over the summer, I stayed in Iowa to complete research for my master’s degree. Since I was able to get vaccinated in April, I decided to attend Hinterland and experience the Iowa music festival scene. The lineup was incredible, and I saw performances by inimitable artists like Black Pumas, Khruangbin, Mt. Joy, and Leon Bridges. I was most excited, however, to see Orville Peck – the legendary leather-and-fringe masked ‘Country Star / Long Rider’ (ripped straight from Peck’s Instagram bio). I was even more excited to learn that I would not only be seeing Peck on the Hinterland Main Stage but also on the night before at the Campfire Stage, an intimate venue lined by trees and laced with the smell of campfire.

Orville Peck’s show at the Campfire Stage was scheduled to begin at 11:00 PM on Saturday night, but it was past midnight when he walked out in a killer double denim outfit and his iconic cowboy hat / mask combination. While the day had been scorching, a midnight storm was rolling in, a cool wind ushered with it.

When Orville Peck walked on stage, he announced that he wanted to do something special for the Hinterland Campfire Stage – a set completely composed of cover songs. To open the show, Peck selected “Cowboys are Secretly Frequently Fond of Each Other”, a queer country song originally written in 1981 and not made widely known until Willie Nelson covered it in 2006 – shortly after the release of Brokeback Mountain. A humorous and playful song, “Cowboys are Secretly Frequently Fond of Each Other” was a great opening selection. With it, Peck, who is queer himself, shattered the stereotypical image of a hyper-masculine country singer lamenting about girls, beers, and trucks.

Another highlight of Peck’s set was “Fancy”, an amazing example of musical storytelling originally written by Bobbie Gentry in 1970 and covered by Reba in 2006. “Fancy” tells the story of a young person and their mother as they struggle to afford food and housing. Peck noted that when he was younger, he thought he couldn’t sing the song because he was a man – noting the women who had written and covered the song before him. Like “Cowboys are Secretly Frequently Fond of Each Other”, Peck’s cover of “Fancy” defied gender norms and smashed the gender binary. Peck sang:

“Mama washed and combed and curled my hair
And she painted my eyes and lips
Stepped into a satin dancin’ dress
That had a slit in the side clean up to my hips
It was red velvet trim, and it fit me good
Starin’ back from the lookin’ glass
There stood a woman where a half-grown boy had stood”

While the song has an intense story and sound, Peck never took himself too seriously. At the end of the song, he said lightheartedly, “Well, that one was a little bit dramatic!” – drawing a laugh from the enraptured audience.

I would be remiss if I did not mention the stellar presence of Peck’s guitarist and backing vocalist, Bria Salmena, on the Hinterland Campfire Stage. Peck and Salmena performed two duets together, one being “Ooh Las Vegas”, a guitar-centric romp originally sang by Gram Parsons and Emmylou Harris. Peck and Salmena danced across the stage with their guitars, dueling it out and playing off each other’s energy. Together, Peck and Salmena were an absolute force, their stage presence unmatched.

Can you get a set list? Yes, you can.

“Cowboys are Secretly Frequently Fond of Each Other”

Originally written by Ned Sublette in 1981, covered by Willie Nelson in 2006

“Something to Brag About”

Originally written by Bobbie Gentry in 1970, covered by Reba in 2006

“I Will Always Love You”

Originally written by Dolly Parton in 1974, covered by Whitney Houston in 1992

“Take You Back (The Iron Hoof Cattle Call)”

You can listen to the songs featured in Orville Peck’s Campfire Stage performance in the playlist below.