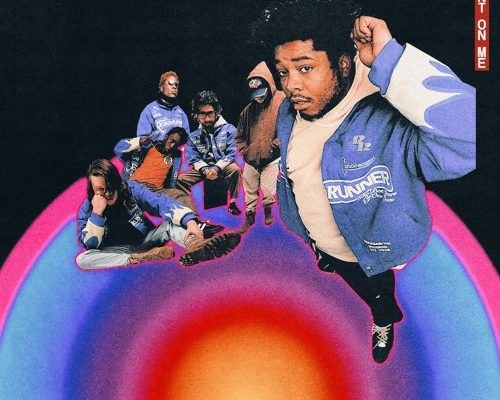 “SUGAR” is a song you’ve probably heard countless times either from TikTok or on the radio. This
was the song that helped the group BROCKHAMPTON gain more recognition and new
followers. Since then, they have unofficially released an album titled TECHNICAL
DIFFICULTIES and singles from their upcoming album, Roadrunner: New Light, New
Machine set to be released April 9. Their latest single “COUNT ON ME” was released April 1,
2021, and is the third track off of ROADRUNNER.

BROCKHAMPTON is a hip-hop group based in San Marcos, Texas (they have dubbed
themselves as “the best boyband since One Direction”). They first established themselves as
AliveSinceForever in 2010 and released their debut album three years later. The following year,
they rebranded themselves as “BROCKHAMPTON” and added more members, totaling sixteen
members. Though they have lost a few members along the way, they are still going strong
producing and releasing songs for their next album.

The catchy track features Ryan Beatty, A$AP ROCKY, SoGoneSoFlexy, and Shawn Mendes,
though they are not officially credited. Though this is the first official collaboration between
SoGone SoFlexy, A$AP ROCKY, and Shawn Mendes, the first two are officially credited on
other tracks in the album while Shawn Mendes is only on this track. Along with those four
artists, only two of the seven BH vocalists sing/rap on this track (Matt Champion and Jabari
Manwa).

It is the typical BH style (alternating between rapping and singing) and begins with a whistle
sample. A$AP ROCKY enters at 0:07 with an intro and his verse (verse 1) then the chorus, sung
by Jabari Manwa, Shawn Mendes, and Ryan Beatty, comes in and is the perfect complement to
the rapping parts. The next two verses feature SoGone SoFlexy and Matt Champion,
respectively, then the chorus is played again. Finally, the song ends with Jabari Manwa singing
“count on me” twice. The sound is similar to how BH started out, but it is a “cleaner” sound
compared to previous releases; the vocals are more pronounced and there aren’t as much
electronic sounds.

“COUNT ON ME” not only shows the progress of BH, but it also signals what the sound of the upcoming
album is going to be. Whatever that sound may be, fans of BH can expect an album that is worth
listening to because of the variety of featured artists, as well as the small number of BH
vocalists on each track. One thing about BH is that you can always count on them to never
release a bad song.