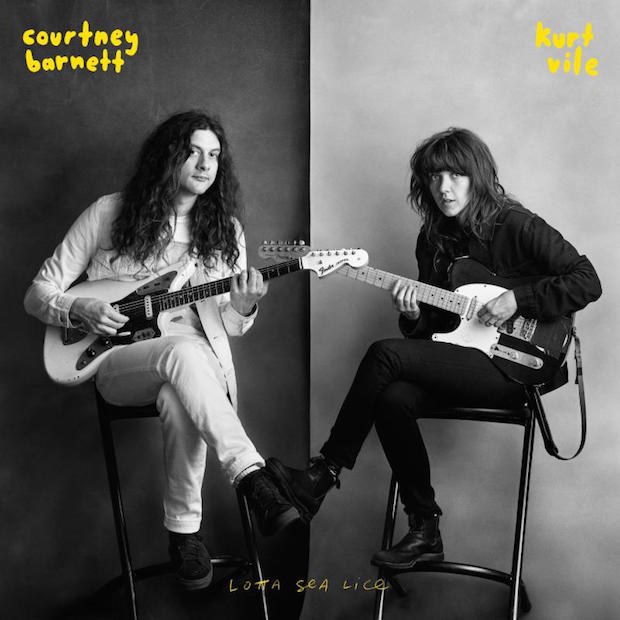 Maybe a year or two ago, Kurt Vile wrote the opening track “Over Everything” with hopes of one day collaborating with Courtney Barnett. Some time later, the Philly rocker came to Melbourne for some studio time with Barnett. After recording the song in their first studio session, the two, being fans of each other, agreed to make the duet album Lotta Sea Lice. Barnett, coming from a more garage rock background, is invited into Kurt Vile’s folk rock world on this project. The duo lay their Bob Dylan-esque vocals over some folksy riffs and harmonies to produce a laid-back, classic sound similar to many of the slower, acoustic The White Stripes songs.

The duet aspect never seems forced. It is clear that the duo has studied duet albums of the past because they make effective use of their chemistry. On this album, the two mix it up by switching off vocal responsibilities, both in and out of songs, and splitting up the writing process. The only two songs that are both written and sung by the same person are Vile’s “Blue Cheese” and Barnett’s “Let it Go.” The collaboration goes deeper than recent sessions by covering each other’s past work. “Peepin’ Tom” is an old Kurt Vile song reworked by Barnett while “Outta the Woodwork” is an old Courtney Barnett song reworked by Vile. They even go to cover Barnett’s partner, Jen Cloher, on the song “Fear is Like a Forest.”

The cover filled project, not to mention that it also includes a great Belly cover on the last track “Untogether,” is fantastic from start to finish. Although it is pretty much confined inside the folk rock genre, it feels very sobering in a rock era full of guitar and vocal effects. It is laid back, but not in a psychedelic way; more of a Sunday morning type of way. The Sunday morning vibe is matched with very contemplative lyrics on their everyday lives, often speaking on their jobs as musicians, friends, lovers, and loners.

Although the album is very consistent, my favorite tracks on here are “Over Everything,” “Fear is Like a Forest,” “Outta the Woodwork,” and “Peepin’ Tom.” “Over Everything” is a lonely song about what they like to do when alone with free time. This is on top of a backing of guitars and drums that provides a great instrumentation to fade out with. “Fear is Like a Forest” almost seems out of place for how grandiose it sounds on an album like this. The powerful vocals progress with the guitars to create a song larger than just their lives that are talked about. 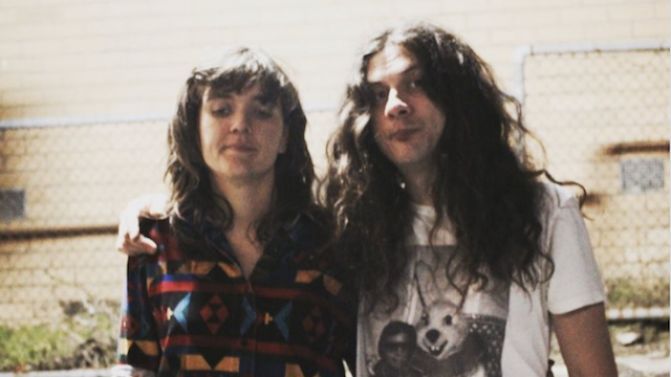 “Outta the Woodwork” seems to be about the criticism they face by those around them for the lives they lead, mostly for being a musician. This version is a lot more bluesy and rigid than Barnett’s original. It has this very badass tone to it. On the other hand, “Peepin’ Tom” has a very airy and free element to it which contrasts with the lyrics’ disappointment in being lazy. It is very simple and repetitive, but the song’s quality goes to show Barnett and Vile’s ability as songwriters.

Rock may not be the current trend, but albums like Lotta Sea Lice are reminders that it is not exhausted. The album is about as traditional as it gets. There are no modern twists on this album. The lack of smoke and mirrors and focus on superb songwriting is extremely refreshing. Courtney Barnett and Kurt Vile come together on this project to deliver a fantastic, laid-back, folk rock project that relies on a perfect chemistry formed by two honed musicians.

Blaring this out of your speakers the morning after a late night out is as good as any Gatorade or fast food money can buy.