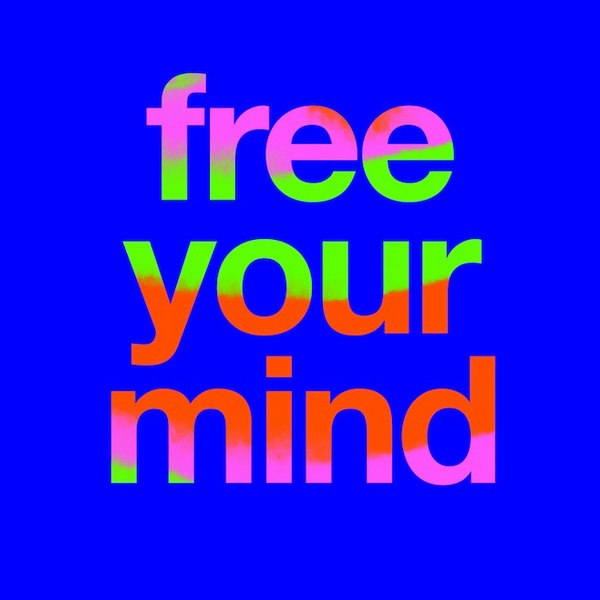 At first, Free Your Mind is a bit of a disappointment. To be honest, I dug into the album with a stubbornly set mind, convinced that the album would not meet expectations set by the awesomeness of 2010’s Zonoscope. I know it’s never fair to expect a band to beat the same ideas into the ground, but Cut Copy’s previous albums proved that the band has the capacity to write really well-built songs, so I had hoped that the band’s fourth album would further expose their brilliant song-writing skills.

From the start, the album is recognizable as the work of Cut Copy, with the combination of keyboards/synths, a familiar dance beat, and lead-singer Dan Whitford’s smooth but lightly-nasal vocals. The early tracks are also reminiscent of past albums, carrying relaxing and layered vocals, as well as mixed up combinations of poppy noises. However, the songs fall flat in that they do not introduce anything new and exciting. They seem to continue in the same light-dance vein as other Cut Copy music, but they don’t offer any attention-grabbing noteworthy moments.

The beginning of “Let Me Show You Love” is the first time that the album tosses in any interestingly deviant moment, as the song starts with the spooky line, “This information is crystallizing in your mind,” closely followed by a striking up-starting noise, and then a funky bass-synth line. The song, like all others on the album, is easy to relax to, and could also serve as good background music, but it lacks a certain freshness and variety to feel satisfying when focusing on it. Also like other songs on the album, it takes a musical idea that would work as either a much shorter or much longer song, but meets half-way in the five-to-six minute mark, leaving the sense that the song simultaneously stops too short and goes on way too long.

One of the successful measures Cut Copy took in keeping the album interesting is the short album interludes, which feature everything from introductions into songs, to audio clips of people talking about seemingly random things. The interludes provide an ambient tone, before moving on to the next pop/dance song. The small breaks also help to distract from the disheartening realization that most of the songs on the album move at almost the exact same tempo. Without the interludes, the album would clearly lack variety. Though the songs are still entertaining, hearing a similar thing for an hour can be tiring for anyone, no matter how good the music is.

One of the other few times the band offers variety is during “Dark Corners & Mountain Tops.” The song follows the form of classic medium-tempo rock love songs. It incorporates acoustic guitar chords and a suitable drum presence, in addition to the band’s staples of synth sounds and clear bass beats. A couple of songs later, on “Take Me Higher,” the band introduces the album’s first moment of distinct guitar picking, which flows underneath calm humming. When Whitford’s voice comes in for the first verse, he sounds comparable to Bono, but the gentle nature of the chorus directs him away from repeating the cliché Bono tactic of yelling his lyrics with “passion.” These two songs provide the most interesting moments on the album, but they still never push the album to any peak. Rather, they carry a somewhat low profile, without pushing past the comfort of the relaxed vibe.

The album ends with two slower songs, “Walking in the Sky” and “Mantra.” They don’t entirely redeem the band’s repetition of similar ideas throughout most of the album, but they at least offer musical moments worth tuning in for. They also show that it does not really matter whether or not Cut Copy’s fourth album meets or falls short of expectations. The band still has interesting stuff to offer, you just have to be patient enough to wait around for it.

Key Tracks: “Free Your Mind,” “Take Me Higher,” “Walking in the Sky”

You can stream the entirety of Free Your Mind below: