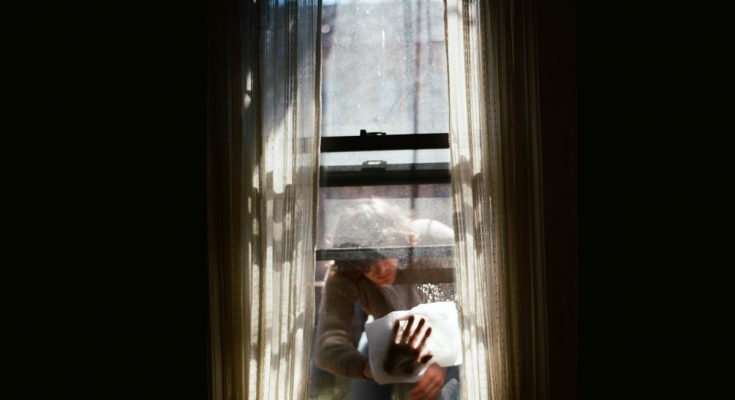 Saddle up for one lengthy ride. An exceptional album of nearly eighty minutes, Max Clarke of Cut Worms invites you to navigate the American Dream on Nobody Lives Here Anymore. The long-windedness could turn away some people from listening, for it may seem repetitive at times. However, while there is not much risk, there are no filler songs. Each song is melodic and serves a purpose. The deeper you dive through this album, the richer it gets.

Warm tunes draw you in, captivated by Clarke’s vocals and acoustic guitar. Rock and folk from the ‘60s are employed through the use of horns, honky-tonk piano, and pedal steel guitar. “Castle in the Clouds” and “Always on My Mind” feature early-Beatles backup vocals. Clarke taps into the spirits of the Everly Brothers with his harmonies as demonstrated in “Last Words to a Refugee.” You will be tapping your cowboy boots to “God Bless This Day.” The homage to the classics is fluid, sending you to a summer day, popping on an old 45.

Despite all that warmth and comfort, Clarke’s poetic lyrics are disenchanted and wistful. There is raw emotion. Nobody lives the American Dream. Nobody lives in the present moment either. Both haunt. Clarke criticizes the unattainability of the dream through the perspectives of regular people. This is exemplified perfectly with “Veteran’s Day” with a soldier’s adjustment back to everyday life.  Remorseful goodbyes to the past weave throughout the album as Clarke reflects upon love, loss, and longing. You are learning alongside him through the down-to-earth mood he sets.

It is hard to choose a favorite song, so I have narrowed it down to two, but that is subject to change with my next listen. “The Golden Sky” resembles a lullaby with its tenderness. The instruments are cohesive behind Clarke’s soft voice. “Unnatural Disaster” is characterized by twangy, western sound and a grand buildup. It’s purely captivating.

Nobody Lives Here Anymore is a timeless gem. Max Clarke captures dissatisfaction with the world around him and blends it nicely with sweet and sincere melodies. It is a charming album of acceptance. The whimsical nostalgia of these tracks make it relatable to listeners of all ages. Giddy up!