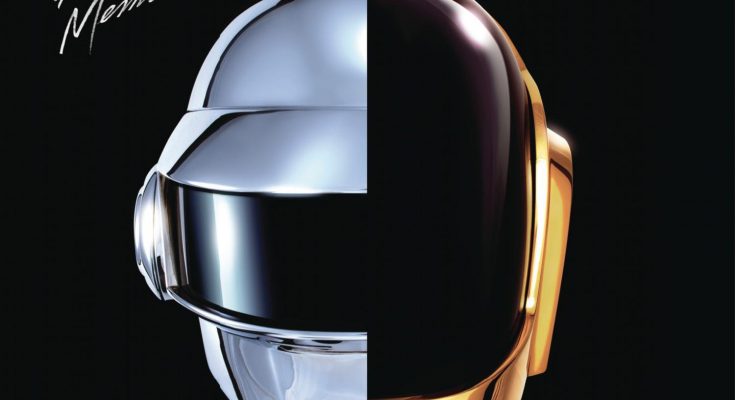 Daft Punk has had a huge impact on music that many people have forgotten. They’ve released four studio albums over the span of over 15 years, all of which have received widespread acclaim. Kanye West sampled their song “Harder, Better, Faster, Stronger” on his extremely popular song “Stronger,” The Weeknd worked with Daft Punk to create “Starboy” and “I Feel It Coming,” and the duo produced the soundtrack for the movie Tron: Legacy. They’ve had a huge impact on the music through other artists and through their albums. Their most recent album in 2013, Random Access Memories, was their most well-received and successful of all, receiving Album of the Year & Song of the Year for “Get Lucky” at the 2014 Grammy Awards. How did an electronic music duo, formed in 1993, stay relevant 20 years later? By constantly evolving yet also staying away from the status quo and being original.

In a world where electronic music is often rough and hard-hitting, Random Access Memories features smooth jazz, funk, and rock. This is most evident on the two breakout tracks featuring Pharrell Williams, “Get Lucky” & “Lose Yourself to Dance.” The tracks are quite simple, but that allows Pharrell’s voice to shine and the synthesized voices to stand out to break up the monotony. Both songs never reach a climax, but that’s more of a positive than a negative. In today’s electronic & dance music, it’s all about bass drops and high volume, so the average listener is expecting a climax or a crescendo, but that never happens here. Daft Punk chooses to focus on the guitar, piano, and vocals, something they have never really done. Yet somehow, they’ve already perfected it on their first try.

The longest song on the album, “Giorgio by Moroder,” is also a standout, featuring a monologue by Giorgio Moroder and the same style of electronic music that we’re used to. Giorgio Moroder, often called the “Father of Disco,” pioneered Italian disco and electronic music and has received Academy Awards, Grammy Awards, and was inducted into the Dance Music Hall of Fame for his film scores and songs. On the track here, Giorgio talks about his come up in the music industry and using the synthesizer in his music, almost mirroring Daft Punk’s rise to fame. Grand orchestral sound and a simple electronic beat create an epic nature for the song, almost like we’re being led to something, but at the end of the song the sound dies out. The song is like the journey both Giorgio and Daft Punk took in the music industry, from humble beginnings to a quick rise to fame and success.

The two other standouts on the album, “Instant Crush” featuring Julian Casablancas and “Doin’ it Right” featuring Panda Bear, are two other examples of simple instrumentation with great vocals. On “Instant Crush,” Casablancas, from the band, The Strokes, sings over keyboards, synths, guitars, and drums for an emotional yet also simple song. On “Doin’ it Right,” much like Daft Punk’s older song “Around the Wrong.” the beat and vocals are very repetitive with small additions to the beat with every repetition. For how repetitive the song is, it is still a great song that mashes the old Daft Punk sound with some of the new ideas that they introduced on this album.

Although the album is full of standalone songs, if you listen to the entirety of the album, those songs mix well together with the more atmospheric songs on the album, like with “Motherboard.” “Motherboard” is harder to listen to outside the album than “Get Lucky,” but sometimes the more orchestral and calm sound hits you harder. This is also the case with “Give Life Back to Music,” which serves as the perfect introduction to the album but doesn’t really work as a radio song. These types of songs aren’t a bad thing for the album; they add to the overall funk feel of the album and really make it whole.

If you want a break from today’s radio music or you’re looking for a throwback to the music of the 80s and 90s, this album is perfect for you. The jazz, rock, electronic, and funk all mix together to create a soulful and timeless album.