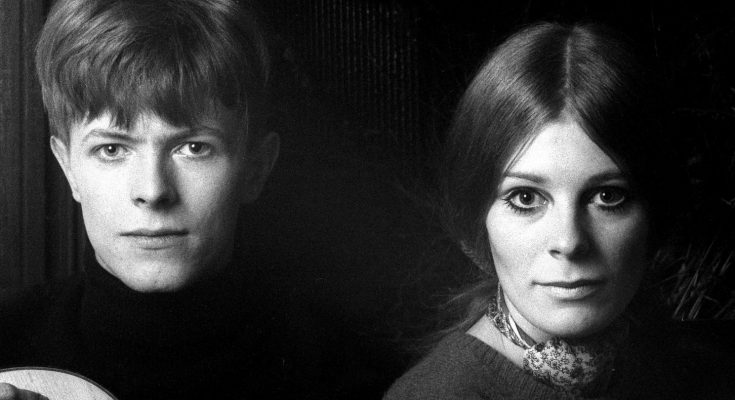 The hand that wrote this review has played glam rock icon David Bowie’s “Letter to Hermione” nearly nonstop this past week. Though perhaps it is misleading to reference David Bowie’s glam rock persona in relation to “Letter.” The 1969 release is softer than his other hits. It lacks the earworm energy of “Rebel Rebel” and “Changes.” Even the otherworldly quality of “Space Oddity” is absent. Both literally and figuratively, “Letter to Hermione” is more down-to-earth. The song has no chorus. No bridge. The lyrics read — as the title suggests — like a letter.

Bowie begins with a stanza that could have been lifted from a diary entry. The pace, like the rest of the song, is deliberately slow. Bowie lets his listeners wallow in the pained, confused train of his thoughts. Perhaps the most poignant lines are “I care for no one else but you / I tear my soul to cease the pain / I think maybe you feel the same.” Despite directing these lyrics to the eponymous Hermione, each begins with “I.” When one considers the lattermost in particular (“I think maybe you feel the same”), Bowie seems to project a hope rather than opinion onto his estranged beloved. This incertitude, coupled with the artist’s slow-burn sentimentalism, forms the emotional backbone of “Letter.”

The track further develops the speaker’s tormented, yet somehow optimistic regard in the second stanza. Switching the focus from himself, Bowie contrasts others’ perceptions of Hermione with his own. It’s a choice which adds emphasis to the insular mindset of the letter-writer. Although an unidentified “they” testify that Hermione’s “life is going very well,” the speaker still claims to know that she “[cries] a little in the dark.” How does the letter-writer know Hermione cries? Well, he (on Bowie’s part, deftly) points out “Well so do I.” Albeit posed as gentle commiseration, the lyric delivers as an admission of the letter-writer’s own conceit. And Bowie seems perfectly aware of it. “Letter to Hermione” is not so much a romantic confession as it is a willful, melancholic manifestation of denial. The piece is tragic because the letter-writer refuses to recognize his love as unrequited.

After comparing himself to Hermione’s new lover, Bowie sings “I’m not quite sure what I’m supposed to do / So I’ll just write some love to you.” The closing lyrics exhibit a level of helplessness which emerges as the song’s most accessible element. To love without reciprocation is a near-universal theme; it is Bowie’s cathartic rendition of this experience which sets “Letter to Hermione” apart from his other pieces. As a heartache in lyric-form, it triumphs absolutely. Even fifty years later, “Letter to Hermione” still remains an admirable dialogue on the emotional complexities which can result from a thorny break-up.