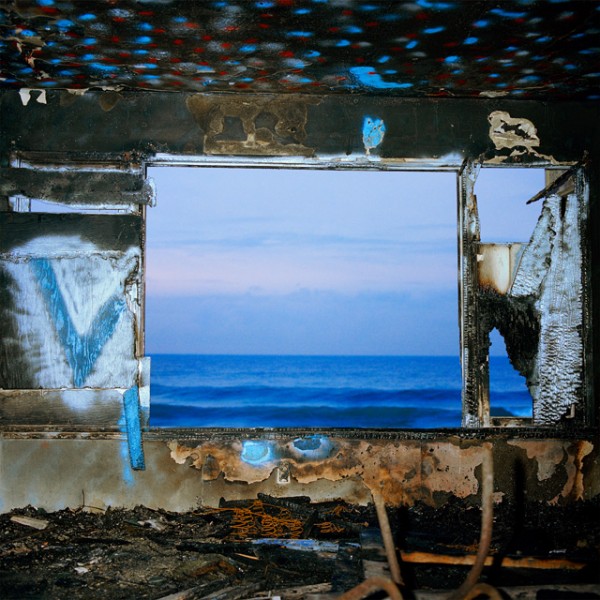 The best way to describe Deerhunter’s new album, Fading Frontier, is mellow, daring psychedelia. The randomness of the sounds push the album into utter cacophony, especially in “Leather and Wood” and “Ad Astra,” but the bizarre instrumentation comes off as meticulously random and planned out from start to finish. Nothing about this album makes sense or should work together, but the combination of the many different styles meld together perfectly. The album is entirely unique, and more importantly, it’s executed extremely well.

“Living My Life” is the vocal magnum opus of the album, showcasing the light, delicate stylings of Bradford Cox. It’s offset by pulsating synthetic bass lines and popping percussion accents. It wavers between this techno introduction, but incorporates acoustic elements as the song progresses – only to strip the latter during instrumental breaks. The non-conventional sounds used to anchor the song certainly shine through and bring the song to greatness, but more than anything, they serve as a perfectly accompaniment to the mantra-like lyrics.

The entire album verges between heavy, acoustic rock akin to Wilco’s style and classic ’80s motifs. The purest display of this fuse is the fourth track, “Duplex Planet.” Clocking in under three minutes, the short ditty is filled with a constantly quickening guitar background, incorporating a quick “tick-tock” organ-esque synth line throughout the shorter instrumental breaks. The piano punctuating at the end is matched by faint, choir-like back-up vocals that develop the song into a mellow instrumental jam by the time it closes.

Mantras mark the lyricism, fueling “Living My Life” and the closer, “Carrion,” which is also thoroughly repetitive. It’s daunting in the parallel strumming during the verses as well as in the way that lines are consistently said twice throughout the extended verses. “What’s wrong with me?” creates a pseudo-chorus marking the end of each verse, but throughout the song, the lyrics are formatted poetically, as if they’re snippets of manic thoughts.

“Snakeskin” is another standout song from the fairly short album. It bridges the gap between their psychedelic themes (reflected in the vocals) and rock (displayed through the guitar, and more traditional percussion — there may even be a tambourine in there). The song struts itself through the four and a half minutes with a sassy twang. It’s a conversational bicker between the instrumental breaks and the worded segments that you would never want to turn away from; it’s as if they’re testing which can display the most attitude. The result is a sleazily bitchy song that makes your lip snarl out, your foot tap with purpose, and your hips incessantly sway.

The entire album flows together seamlessly, with a consistent style and elements that weave and bob throughout. The synthetic sounds marking one song will be reflected in edited vocals later on, with different talents and idiosyncrasies trading off from song to song. Hopefully, this unique style will be a staple for Deerhunter in the future — it shows blending of many genres, and borrows from many other talented bands, but the completed album and the amalgamation of intensely different musical elements make it entirely unique.