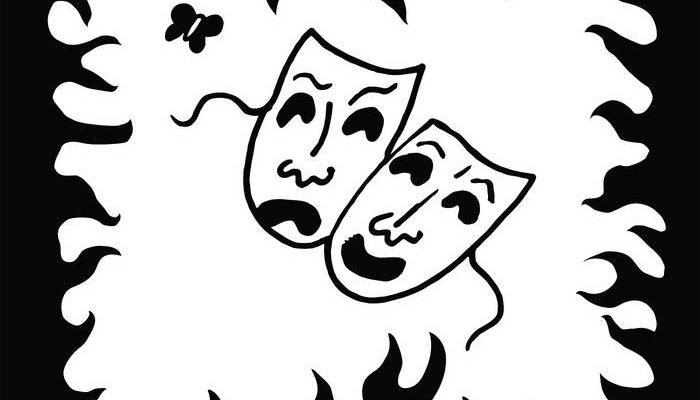 Aching for live music, I was counting down the days until Dehd released Flower of Devotion. I first discovered them at Twin Peaks’ three day New Years Eve run in 2017. I fell in love with the distinctive vocals of Jason Balla and Emily Kempf and the blunt drumming of Eric McGrady. Dehd’s self-titled album remains in my constant circulation of music. I consumed Water and the band’s ability to remain true to their effortless and thin sound but progress more playfully.

Flower of Devotion is a “no skip” album. It opens energetically with Kempf’s unique vocals accompanied by Balla’s melody in “Desire.” A nice buildup between the singers is showcased to the point where you can’t discern what they are saying, but it’s so harmonious, it does not matter. It is a strong start that demonstrates their confidence in their ability to play as well. A personal favorite is “Haha,” a catchy song demonstrating Kempf’s range of vocals and her fun spirit with tongue-clicking. She messes around with her vocals but has the ability to hone in on her skill. I think you get the point about how impressed I am by their ability to switch up their vocals with their call-and-response singing juxtaposing their melodies.

This album is not only versatile because of their singing but their sound. There is also a dichotomy between lively and somber tones. The songs I have already mentioned are bubbly and jaunty but don’t be fooled; the band is able to be serious. “Drip Drop” is slower-paced and dreamy, giving me Cocteau Twin vibes. They have developed from the dejected sound from “Twenty,” featured on their self-titled album. Finally, a song by McGrady: “Apart.” He reflects on growing older and how exhausting it is. His drumming is bouncy, but his vocals are more solemn. “Flying” still has some lively moments but is ultimately wistful. It’s truly mesmerizing and sounds really good driving on Lake Shore Drive early in the morning. It’s a great closer to the album.

Flower of Devotion is a true testament to Dehd’s growth with a more polished production than DIY. The band does not stray away from their typical setup of half a drum set and simple chords. In contrast to their previous albums, the reverb is dialed up and there are touches of synth. Their sound is tighter and crisper; it’s more deliberate. Overall, they are more assured, and you are hooked in.

Dehd does an excellent job of refining their sound and building off their foundation laid from their past albums. It is an honor to see them head in this new direction. If their passion on this album is not tangible enough, be sure to check out their live performances where their energy is undeniable. I can’t hardly wait to see them live again, but thankfully, Dehd has been playing virtually and connecting with fans.