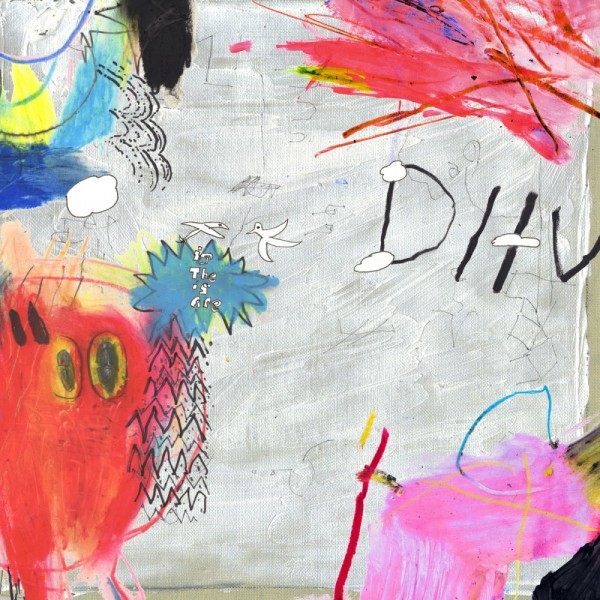 DIIV released their sophomore album Is the Is Are February 5 via Captured Tracks. The premature release of “Dopamine” in September of 2015 caused a reuptake of attention from fanboys and fangirls. The Brooklyn-based band began working on the album in 2013 after the release of their first album Oshin in 2012. For the duration of recording the album the band members struggled with quite a few controversies. Drug addiction was a huge problem for the band. Addiction even led to the arrest of lead singer, Zachary Cole Smith. The band’s drummer departed from the group due to his own drug addiction as well.

Smith claims the music on Is the Is Are came out pretty bizarre due to the change in lifestyle, the touring lifestyle. The band’s initial goal was to record with the lead singer of Girls. The mission failed, as Smith was too infatuated with drugs. Smith and his girlfriend Sky Ferreira were arrested for possession of a controlled substance in 2013. This event sparked creativity in Smith. The album features Sky Ferreira in the song “Blue Boredom.” The song is dark, monotone, and surprisingly way less poppy for Sky.

The song “Dopamine” captures Smith’s time of contemplation in rehab. The dreamy riffs and vocals conceal the painful reality within the lyrics. “Would you give your 34th year for a glimpse in heaven, now and here?” Smith assesses his values. What is more valuable, the momentary high or the span of life? The song is quite the ear pleaser regardless of the quiet pain Smith struggles through. It was a good move for DIIV to release the song to prepare fans for the rest of the album.

Compared to Oshin, the catchy, beachy, short guitar riffs remain the same on Is the Is Are, which is what gives them their sound. Contrary to Oshin, the vocals on Is the Is Are are much more lo-fi. The vocals are soft, somewhat monotone, and distorted, forming an easy-listening album. I couldn’t help but nod my head while listening to this album studying. It is reminiscent of the post punk, new wave era, otherwise known as shoegaze.

The sixth song on the album could not have come out at a better time than February. The track is called “Valentine, and it creates a melancholy dream world with a pretty piano solo preceding the chorus.

DIIV put a lot of work and thought into this album, through all their struggles. The album seems to have a lot of meaning to the band members. Not one song was bad of the 17 songs. The wait for their second album was long but it was worth it in the end.

Key Tracks: “Dopamine,” “Under the Sun”