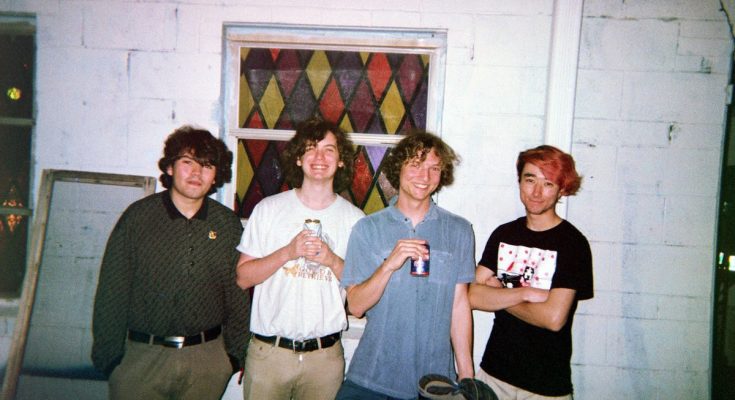 I am all about up-and-coming indie bands, and no band has gotten me more excited than Atlanta-based rock band Dinner Time recently. This group of young rockers is still in its infancy with only four singles out so far, but these four singles alone already paint a holistic picture of the potential that Dinner Time has. Mixing beachy vibes with doo-wop melodies, and drawing heavily from elements of the Chicago alt-rock scene (specifically, their sound reminds me of Chicago bands like Twin Peaks and NE-HI), Dinner Time is a project to get excited about.

I must first point you in the direction of “Walden Park,” their first and most popular single. This song rocks harder than any of their others, keeping things at a high energy level all the way through. Opening with an irresistible garageband-y guitar riff, it’s impossible not to be immediately drawn in. Enter lead singer Ian Buford’s raspy vocals into the equation, scream-singing about wanting to go back to the old days—to the “golden haze” that surrounded childhood. Enter the doo-wop background vocals. Enter the complexities of the lead singer’s tone juxtaposing the simplicity of the lyrics. It all adds up to an awesome cocktail of seemingly mismatched parts that function perfectly as a whole.

Their second single, “Right Next to Me,” slows things down a bit. It’s a romantic, seductive, and fun ballad that mimics the style of love songs in the ‘50s and ‘60s while adding a distinct modern twist. The band adds several quirky touches to both the lyrics and to those lyrics’ delivery, so it’d definitely be a fun song to see the band perform live.

Their most recent release came out in late December, and consists of two singles, “Tell Me Why” and “Monterey.” “Tell Me Why” is a short, high-energy track. The chorus is super catchy and bound to be stuck in your head all day—but, like, in a good way. When properly executed, I’m a sucker for a repetitive hook. Dinner Time definitely executes it properly.

Finally, Dinner Time hits us with another slower-paced ballad, “Monterey.” Of their two ballads so far, I really love the lyrics in this one. Buford sings, slowly and calmly, about not wanting to do a lot of the things that his significant other wants to do in a relationship (going on a trip to Monterey, looking for real estate, visiting their parents’ house), and then picks up in emotional intensity as he croons “but if you want to go, don’t you know I would love to go with you?” It’s a heartwarming little anthem about making sacrifices for the one you love. Love songs don’t get purer or sweeter than that.

In just four tracks, Dinner Time has already released a pretty diverse range of singles, and everyone’s bound to love at least one (or, more likely, all of them). The band is an awesome representation of some of the great talent coming out of the Atlanta music scene right now. Rock out and fall in love with Dinner Time’s growing discography, and, if you like what you hear, keep an eye out for their new tunes!