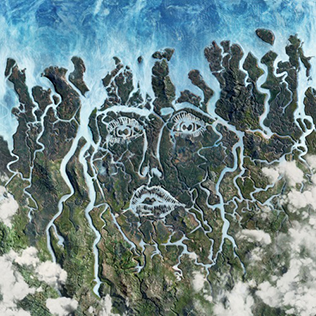 Electronic dance music, more commonly known as EDM, is a genre that dominated the music scene during its golden age of the mid-2000s to the mid-2010s. This period saw EDM artists like Skrillex and deadmau5 become primary faces of the music industry thanks to the framework laid by pioneers of the genre such as The Chemical Brothers and Daft Punk, both of whom also saw great spikes of popularity and national recognition during this stretch.

While it might not currently captivate the attention of the music world like it did back when it was a groundbreaking sound, EDM is still very much alive and has seen younger artists take up the mantle of its founders over the past several years — a prime example being the British duo Disclosure. Comprised of brothers Guy and Howard Lawrence, the Surrey-born pair tasted fame early in their career upon releasing their Grammy-nominated debut album, Settle (2012), largely because of the widespread success of the album’s lead single featuring Sam Smith, “Latch.” They followed up their critically acclaimed freshman project with Caracal (2015), which also received a Grammy nomination and touted a juiced feature list that included Sam Smith, Miguel, Lorde and The Weeknd.

Despite their impressive commercial success, the duo remained quiet in subsequent years. The only lifeline they threw to their hungry fans was a vague confirmation that they were working on a new album back in 2018. Finally, after five long years with no music, Disclosure is back with their third studio album, ENERGY, and they sound anything but rusty.

Continuing their upward trajectory, the English brothers have produced yet another high quality EDM record that flaunts fantastic production, a unique blend of sounds and an array of tones that range from deeply contemplative to audaciously blood-pumping — though, admittedly, the album is dominated by the latter of the two. Disclosure’s acclivity toward cranking out bouncing club anthems is displayed right out of the gate, as ENERGY opens with arguably the best five track run of any album released thus far in 2020. Contained within this stellar throng of tracks is the album’s lead single featuring Aminé and Slowthai, “My High.” Similar to the tracks surrounding it — such as “Douha (Mali Mali),” “Watch Your Step, and “Lavender” — “My High” is bolstered by energetic features that help to produce thrill ride of a song that will leave you with an adrenaline rush and the pressing urge to bust a move on the closest dance floor you can get your feet on.

“Who Knew” sees up-and-coming underground rapper Mick Jenkins in a completely alien environment, singing heartfelt lyrics over a poppy electric beat rather than rapping cold bars over stripped back production as he usually does. The end result is a surprisingly entrancing autotune ballad that makes for one of the most memorable listens on the album and consequently speaks volumes of Disclosure’s ability to push artists out of their comfort zone and execute experimental tracks with flying colors.

The album continues to provide fantastic features as it progresses, most notably from Syd and Kehlani on “Birthday” and Khalid on “Know Your Worth.” Backed by minimalistic instrumentals and silky-smooth vocals, both tracks are bonafide earworms and are destined to become radio hits. However, despite “Birthday” being one of the album’s catchier tracks, the MJ Cole Remix of the song that closes out the album finds itself as the superior version of the two thanks to its especially poppy, electronica influenced and up-tempo reimagining of the more mellow original.

While ENERGY may be fraught with some of the best features 2020 has to offer, the British duo does well to put their full creativity on display by taking bizarre samples and building them into club-ready bops — the best example being my personal favorite song on the album, “Tondo.” This powerful dance floor jam is the result of Disclosure delving deeper into African music in their effort to make songs they describe as, “fast, punchy, and above all… fun.” The duo craft the banger around a sample from 1970s Cameroonian musician Eko Roosevelt, containing a slap bassline, cowbells, electric guitar riffs and impassioned Pidgin English vocals that all come together harmoniously to make for the album’s best listen.

As expected, Disclosure’s new album is dominated by electrifying dancehall anthems, but songs like “Ce n’est pas” and the two interlude tracks do well to break up the pacing of the project by providing the listener with a momentary, laid back respite during which they can catch their breath. ENERGY checks just about every box one could ask an album to, yet it does leave a little more to be desired because of a few interesting choices the two brothers made in regard to the length of certain songs. For example, “Reverie” boasts a uniquely produced beat consisting of bongos, maracas and spacey synths that are accompanied by a top-tier feature from all-time great rapper Common — but it’s only a meager two minutes and fifteen seconds. Were it any longer, it would easily be a front runner for best song of the album. Conversely, songs like “Etran” and “Ecstasy” overstay their welcome by not making adequate use of their five-plus minute run times, being far too repetitive and predictable in their latter halves.

However, the complaints about the questionable length of only a few songs are a nitpicky critique about what is otherwise an incredibly well-put together album. Thanks to a plethora of energetic bangers, a handful of groovy, laid-back songs sprinkled within the tracklist and consistently one of a kind production throughout, ENERGY is an album that was worth a five year wait and makes a strong case for top EDM project of the year.