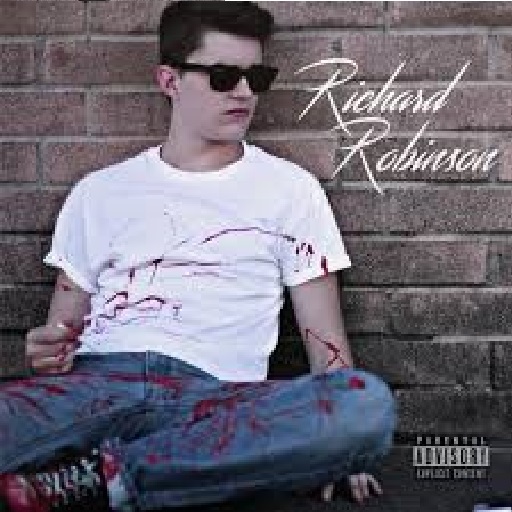 Richard Robinson poses on his own album cover, sitting lazily, cigarette in hand. His shirt is a Pollock painting of blood. Oh, and he’s got sunglasses on. Richard Robinson is twelve types of bad and his music has the amount of cool you’d expect.

His voice towers with presence much like Hozier. The music itself does share some elements with said singer/songwriter, but for every instance that reminds you of the blues, there’s hints of country and jazz. Take the track “Crossroads.” It has an obvious blues-influence title but the rhythm sounds like a country train. There’s even samples of pistol sounds to further the outlaw theme.

Interesting parts of the album are tracks “Pursuit” and “Advice,” both labeled as skits because they’re mostly dialogues. It’s a cool idea to see in this type of music, but it fails to reach its ambition. “Pursuit,” for example, is police talking over a static radio, which really makes it difficult to understand. The music that underlies it is a bass with a sound quality that comes out very flat. In fact all bass sounds like it was played on a cheap synthesizer, which is disappointing considering how powerful everything else sounds. Overall, the music is a big collection of hits and misses with no big climax.