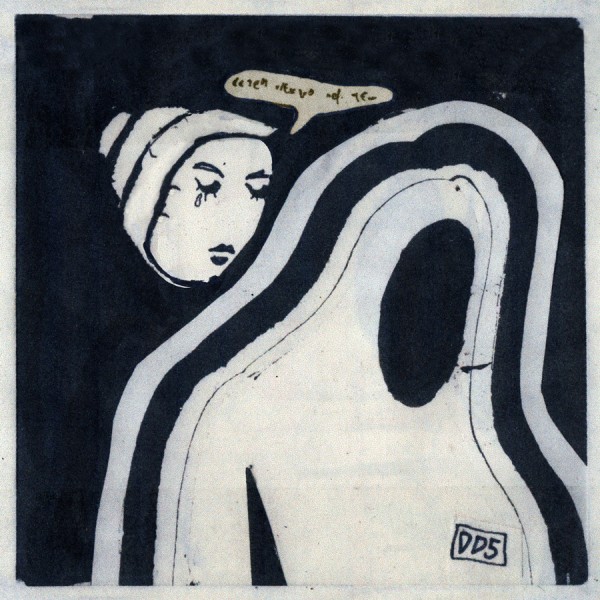 Airick Woodhead’s solo project, the Doldrums, first originated in 2010, following later on with a widely successful debut album, Lesser Evil. Doldrums’ latest release, The Air Conditioned Nightmare, first caught my attention with the illustration on its cover of a haunting image of a shadow, with a certain ambiguity as a human peers over its shoulder in a remorseful expression. As seen throughout in the track titles, Woodhead draws inspiration from the feelings of fear and solidarity.
From the first listen, it is apparent that this album is more intended to be an artistic work rather than just another simple aesthetically pleasing album to hear on your usual walk across the quad. Clearly, Woodhead intended to venture off into unmarked territories by heavily experimenting with bold sounds to make something worth listening to. Some of the most memorable tracks on the album, like “Loops” and “Funeral for Lightning”, are filled with a sense of urgency and chaos that is beautifully put together. In “Funeral for Lightning”, you might find yourself caught up in all the different eccentric melodies put together seamlessly in one track with the addition of very eerie vocals making it pleasantly deranged.

The best experience of this album is their opening track “Hot Foot.” This catchy song with the high strung hooks makes it quite enticing and as unforgettable as the rest. Making sense of it all might be difficult, but Woodhead offers a compelling piece of work that stands alone and does not compromise his vision. However, it would be better off if the entire album had more cohesion and sense of direction. All in all, it can be quite fascinating to listen to for anyone who desires an artist with a distinct point of view.