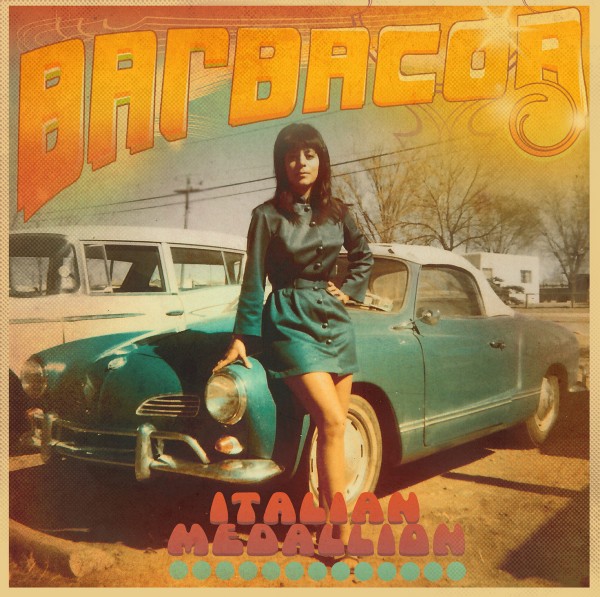 I originally grabbed the Italian Medallion disc because of the intriguing cover art. The sun-burst color scheme and kitschy fonts suggested some kind of throw back sound – something psychedelic or at least something that would rock hard – while the back sleeve has a Stephen Malkmus looking dude holding a guitar. Many of the song titles even have a sort of amateur Malkmus-esque rhyming (“Italian Medallion”, “Punk in the Trunk”, “Medieval Knieval”) which only supported my assumption that this would be some kind of attempt at a Pavement retread. And how bad could that be?

Well I brought it home to give it a spin and was quite surprised to find that the one man band from Vermont wasn’t the Pavement super-fan I had hoped for. Instead, Bill Mullins is a man who loves to surf. It turns out that Barbacoa’s Italian Medallion is an entirely instrumental foray into surf rock. I think that one sentence summarizes the album about as well as possible. It’s really a collection of one-and-a-half to two-and-a-half minute guitar songs which take one hook, repeat it for the entire song and then move on to the next track. All style, no substance. Still, a few of the hooks are pretty catchy, though not particularly memorable, and Bill’s no slouch on the guitar. So give Italian Medallion a listen next time you and your bros are out catching waves, but if you’re not into that kind of thing, it’s safe to say that you can skip this one.